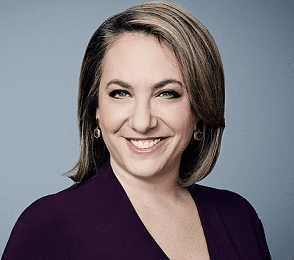 Elise Labott is a global affairs correspondent. She is known for her coverage of United States foreign policy and international affairs for CNN.
Before joining CNN, she worked for ABC News and AFP.

She graduated with a bachelors degree in International Relations from the University of Wisconsin-Madison in 1992. In 1995 she completed her master’s degree in Communication and Media Studies from New School University.

Her parents are Native Americans. Most of the information concerning her parents remains a mystery.

There is no evidence to prove that Labott is married.

Labott’s personal life is  a mystery and the information about her having kids is unknown.

She is CNN’s global affairs correspondent, covering US foreign policy and international affairs. She is based in Washington, D.C.

Since the year 2000 when she joined CNN, Labott has reported on major global events, including the Camp David peace talks of the year 2000, the September 11 terrorist attack and the Arab Spring.

She was featured in CNN’s award-winning coverage in the year 2011, attack on the U.S. consulate in Benghazi and the life of the late Ambassador Chris Stevens. Recently she extensively reported on the conflicts in Syria, Ukraine and Israel.
Labott has interviewed several heads of state and international newsmakers, including Israeli President Shimon Peres, Turkish Prime Minister Recep Tayyip Erdogan, Lebanese Prime Minister Najib Makati and Pakistan’s late former Prime Minister Benazir Bhutto.

Prior to joining CNN, Labott covered the United Nations for ABC News and also reported on diplomatic and foreign policy issues for AFP. She is currently vice president of the State Department Correspondents Association and a member of the Council on Foreign Relations.

Her exact net worth is unknown.