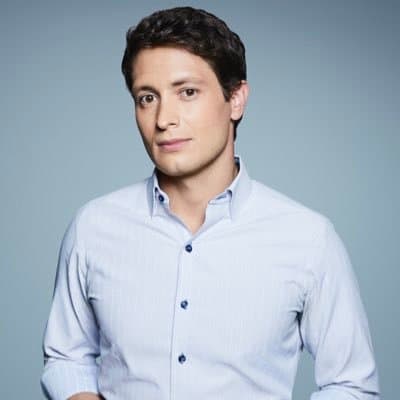 David Culver is an American media personality working as an international correspondent for CNN, covering China. He previously worked as an anchor and reporter for NBC Washington, covering crime, politics and education

He was born in 1994 in Cuba. His actual birthday is unknown.

David stands at a height of 5 feet 8 inches tall.

Culver graduated with a Bachelor’s degree in Hispanic Studies from the College of William & Mary in Williamsburg, Virginia with a minor in Middle Eastern Studies and studied Arabic.

He is of Cuban-American descent.

He has not revealed the names of his parents. His parents are Cuban and relocated to America when he was 5 years old.

While working as a reporter at NBC4, he documented his grandmother’s return to Cuba in a documentary titled “Rediscovering Cuba: A Journey Home”. She had left Cuba in 1961, following the revolution. She however passed in November 2020.

She has three siblings; two sisters and a brother.

David keeps his personal life private; there is not public information about his marital status.

David is an international correspondent for CNN, based at the Beijing bureau. He covers news stories from China and the Asia-Pacific region.  He joined the network in June 2019.

During his tenure, he has covered and reported on the coronavirus and the unprecedented lockdown in Wuhan. His coverage during the start of the outbreak and while in the midst of hotel quarantine saw him and his team being recognized with three of the most prestigious awards in journalism: the Walter Cronkite Award for Excellence in TV Journalism, the Overseas Press Club of America’s David Kaplan award and the George Polk Award, marking the first time in the 73-year history of the Awards that the top honour for Foreign Reporting went to a television report.

He has also reported on China’s alleged human rights abuses. In 2021 he travelled to Xinjiang to investigate the separation of children from their families. In addition, he has also covered the U.S-China trade war, the NBA controversy, and the 70th anniversary of the founding of the People’s Republic of China, chronicling the military and economic superpower’s rapid rise.

Prior to joining CNN, he was an anchor and reporter for NBC4 for six years, having joined the station as an intern. He covered crime, politics and education. He also reported on multiple national breaking news events, covering the Parkland Florida school shooting, the Pittsburgh synagogue shooting and various hurricanes that ravaged parts of the US.

During his tenure at NBC Washington, he travelled to Cuba reporting on the reopening of the U.S. Embassy, Pope Francis’ visit and the death of Fidel Castro. He also produced a 30-minute “Rediscovering Cuba: A Journey Home”, which chronicles his mother and grandmother’s return to their native Cuba more than 50 years after they fled the island-nation.

He began his career in journalism as an anchor and reporter for WAVY-TV in Hampton Roads, Virginia.

David is not Chinese, he is Cuban.

He has an estimated net worth of $1million.