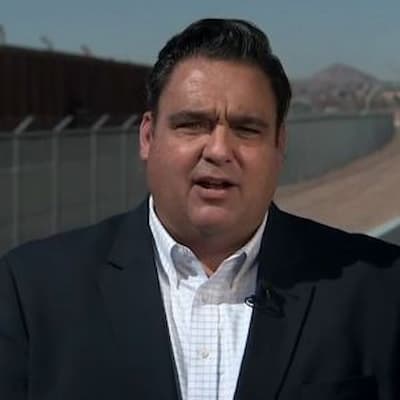 Ed Lavandera is a Mexican- American media personality serving as a National Correspondent for CNN U.S. based in the Dallas bureau. She previously served as a correspondent with WFAA-TV in Dallas and was a news reporter at KVUE-TV in Austin, Texas and also worked as a news anchor and reporter at KOSA-TV in Midland/Odessa, Texas.

He stands at a height of 5 feet 4 inches tall.

Lavandera holds a bachelor’s degree in journalism from the University of Texas at Austin and is fluent in Spanish.

Ed was born and raised by his parents in Mexico. He revealed in a Twitter post that his father was from Cuba.

My father left #Cuba as a teenager. He didn’t live long enough to see this day and I’d give anything to sit down with him and talk about it.

El has kept his personal life off the public eye and he has not revealed any information on whether he is married or single. It’s also not known whether he has any kids.

Lavandera joined CNN in 2001 and currently serves as a National Correspondent for CNN U.S. based in the Dallas bureau. He has reported along the U.S.-Mexico border on the wall proposed by President Trump, on the protests in Charlotte, NC following the death of Keith Lamont Scott, the deadly ambush of five Dallas police officers, unrest in Ferguson, MO after the shooting of unarmed teen Michael Brown, on the capture and release of POW Bowe Bergdahl, on the Aurora movie theater shooting, the destruction caused by Oklahoma tornadoes, the explosion of a fertilizer plant in Texas and the influence of violent Mexican drug cartels on American society. He has also tirelessly investigated mysterious deaths at a Florida reform school for boys and controversial pardons from former Mississippi governor Haley Barbour.

In 2016 Ed produced an hour-long documentary about the 2015 Waco, TX shootout between rival motorcycle clubs called “Biker Brawl: Inside the Texas Shootout.” The report included never-before-seen surveillance video obtained by CNN, along with exclusive access to major figures of the outlaw motorcycle clubs. He covered the story of US soldier Bowe Bergdahl who went missing in Afghanistan in 2009. Additionally, he covered the aftermath of Hurricane Katrina, filing some of his reports from a makeshift field hospital in a Gulf Coast airport and from the flooded streets of New Orleans.

In 2005, Lavandera reported from President George W. Bush’s ranch in Crawford, Texas, during the anti-war protest led by Cindy Sheehan and covered the “Mississippi Burning” trial of Edgar Ray Killen. In 2004, Lavandera covered three of four hurricanes to hit Florida. In February 2003, he covered the Space Shuttle Columbia disaster. Lavandera followed the effort to recover debris from the shuttle as well as the emotional effect the disaster had on those Texas communities. Additionally, he has reported on stories across the Southeast, including the Andrea Yates story, the Houston mother accused of drowning her children, and the execution of Timothy McVeigh.

Prior to joining CNN, Lavandera was a correspondent with WFAA-TV in Dallas and reported on the aftermath of the El Salvador earthquake, spending a week chronicling victims’ lives. He also covered Pope John Paul II’s visit to Cuba. Lavandera covered numerous breaking news stories across the state of Texas, including the 1997 Republic of Texas standoff, flooding in southern Texas and Gulf Coast hurricanes. In 1994, Lavandera covered the gubernatorial race between George W. Bush and Ann Richards and in 1992, he reported from the Republican and Democratic political conventions. Ed was also a news reporter at KVUE-TV in Austin, Texas and also worked as a news anchor and reporter at KOSA-TV in Midland/Odessa, Texas.

Lavandera earned a Katie Award from the Dallas Press Club and an Emmy nomination for his work on a Hispanic news magazine program at WFAA-TV. He also earned the Edward R. Murrow Award for Breaking News coverage of the Charlotte Riots and was a part of the Peabody Award-winning teams to cover the BP Gulf Coast oil spill and Hurricane Katrina. He also won a Peabody Award for his 2019 documentary, “The Hidden Workforce: Undocumented in America,” exposing how undocumented immigrants are deeply woven into the fabric of American society, and often in the most unlikely places.

His net worth is not available.