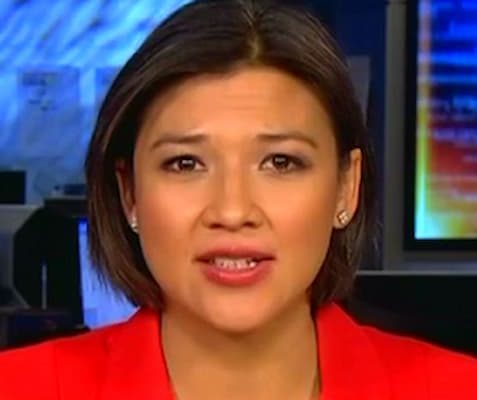 Her height is not available.

She belongs to the white ethnicity.

Atika attended Jakarta International School and later graduated with a bachelor’s degree in Economics from Tufts University in Boston and speaks Bahasa Indonesia.

Atika is the daughter of Yuli Ismartono, an expert in media issues and media training, government relations and community development. She is the former deputy chief editor of the English edition of TEMPO, a weekly news and current affairs magazine based in Jakarta, Indonesia. She was also managing editor of AsiaViews, a monthly supplemental magazine distributed by publications in the member countries of the Association of Southeast Asian Nations (ASEAN). She completed her undergraduate studies in political science at Delhi University in India and graduate studies in journalism at Syracuse University in New York. She is a member of the Jakarta Editors Club, the Indonesian Alliance of Journalists and the Jakarta Foreign Correspondents Club. She is chairperson of the board of directors of TIFA Foundation, a nongovernmental organization in Jakarta supporting projects in the areas of media development, democracy, pluralism, access to justice and women’s empowerment. She is also a member of the advisory board of the New York-based Revenue Watch Institute and Altsean Burma.

No details regarding her siblings are available.

Atika is married but she has not revealed the identity of her husband but in an interview, she revealed that he is a musician. She said that she loves watching concerts and also get free concerts at home, listening to her  husband when he decides to pick up an instrument.

Shubert and her husband have a son who was born in 2009.

Shubert is a CNN Senior International Correspondent based in Berlin. Prior to Berlin, she was based in London, Jerusalem, Tokyo and Jakarta for CNN. During her time in Europe Shubert has played a key role in reporting on terror attacks across the continent, including the Paris Attacks in November 2015 and the shooting in Munich in July 2016. She reported extensively on the aftermath of German Chancellor Merkel’s immigration policy and the refugee crisis – from rescue boats off Greece to refugee shelters in Germany. Shubert also covered the presidential election in Austria in December 2016, in which van der Bellen defeated the far-right candidate Norbert Hofer.

Whilst in London, she was CNN’s lead reporter on the WikiLeaks scandal, the largest leak of classified U.S. government documents in U.S. history. She also reported on the 2011 riots that shook England, and the British phone-hacking scandal that embroiled media mogul Rupert Murdoch. In Jerusalem, Atika reported extensively on the Israeli-Palestinian conflict. Her reports included coverage of Israeli and Palestinian peace negotiations, Palestinian militant rocket attacks into Israeli towns as well as fighting between Palestinian factions Hamas and Fatah within Gaza.

From Tokyo, she covered the controversial deployment of the country’s Self Defense Forces to Iraq as well as North Korea’s testing of nuclear weapons. During the 2004 Indian ocean tsunami that killed more than 200 thousand people, Shubert was one of the first correspondents to report live from Aceh, Indonesia, the area closest to the epicentre. Her reports from the devastated region helped earn CNN the prestigious Alfred I. Dupont-Columbia Award in 2005.Shubert also worked as a producer in Jakarta, Indonesia where she covered the fall of Indonesia’s President Suharto in 1998, East Timor’s transition to independence in 1999 and the 2002 Bali bombings. Prior to joining CNN, she previously served as a correspondent for The Washington Post and The New Zealand Herald in Indonesia.