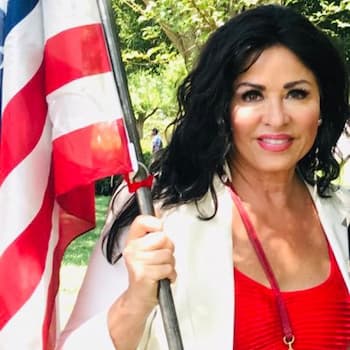 She graduated from the University of Rochester. She holds two doctoral degrees in Education and Psychology as well as two Masters Degrees in Nursing and International Health Economics.

Her marital status is unknown. She has managed to keep her personal life private and there is no public information available on whether she is married or not.

Dr. Jane is a medical professional and a pharmaceutical drug development expert with over 20 years of experience in regulatory processes for drug approval with the FDA and the EMA. She is a former Washington DC health economist and New Right political pundit with fascinating conservative insights and breaking news in the world of New Media.

She has worked on the human research studies to launch some of the most famous compounds in the world in Depression, Alzheimer’s disease, Addiction, and Cardio-pulmonary diseases. She was also a Sr Advisor to the 2018 Stewart for U.S.Senate campaign, and an Associate Producer of the movie, “Hoaxed: The Media’s War on Truth.”

She hosts ‘The Dr. Jane Ruby Show’ on stewpeters.tv. She has appeared on numerous TV and radio shows across America. She also had a radio and online TV Show, “Dr. Jane’s DC” where she provided current views into the fascinating world of our nation’s capital and the people in it.

She is the author of “A Sea of New Media”. The book describes ” the great work of our citizen journalists, famous and some not yet famous, restoring the First Amendment of the United States Constitution, Freedom of the Press — and the preservation of liberty by a populace that is truthfully informed.”

The book illustrates the emergence of a new generation of journalists  – truth tellers  – the citizen journalists. In the book, she writes about the transitions and features the people that are driving this new phenomenon in journalism. As a former television host in Washington, DC she observed the transformation of the American press from mainstream conglomerates to a citizen based press. Your camera, your smartphone, your social media capability makes you just as powerful in breaking a story as ABC, NBC, Fox News or the New York Times.

During an appearance on Stew Peters Show she alleged that Pfizer-BioNTech COVID-19 vaccine contains graphene and eggs of some parasite made of aluminum, carbon, and bromine. This was after they discussed a German video which had circulated on Telegram alleging that the “parasite starts to grow and multiply in presence of graphene and heat. Similar organisms were found in the Moderna and Janssen COVID-19 vaccines, made of some superconducting material. These organisms start self-assembly in the presence of light, and are part of some operating system.”

This was however disputed as they was no enough evidence of the claims.