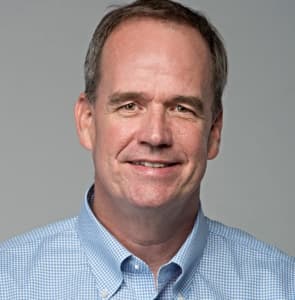 He graduated from Don Bosco Prep in Ramsey, NJ, and Boston University. He was born in Ridgewood, NJ, in 1964. Van Natta was the editor-in-chief of The Daily Free Press, BU’s independent student newspaper, and was awarded the Scarlet Key Award, which recognizes student leaders. Van Natta received the Distinguished Alumni Award from Boston University’s College of Communication in 2000. He was inducted into the Don Bosco Prep Hall of Fame in 2018.

His height is undisclosed.

There is no public information about his parents.

Natta has been happily married to his wife Lizette Alvarez. The couple resides in  Coral Gables, in Florida with his wife who is a New York Times correspondent,

He is a devoted father of two, Isabel and Sofia.

Van Natta Jr. is an ESPN investigative reporter whose work has appeared on Outside the Lines, ESPN.com, and other ESPN platforms. Don is also the host of the show Backstory. Van Natta has done cross-platform investigative reports regarding issues involving the National Football League, Commissioner Roger Goodell. Along with that, he has also covered Penn State University, Rutgers University, and others since joining ESPN in January 2012. Van Natta served for The New York Times for 16 years as an investigative correspondent, where he was a part of two Pulitzer Prize-winning National Reporting teams.

Additionally, Van Natta was the Times’ first investigative correspondent to be posted overseas. He covered counter-terrorism and intelligence matters and was based in New York, Washington, D.C., Miami, and London. He broke hundreds of stories for the New York Times. These include the 1996 TWA Flight 800 crash, President Bill Clinton’s impeachment.

Moreover, some of the others include the 9/11 terrorist attacks, extraordinary rendition of terror suspects abroad, campaign finance violations. Don also investigated the phone-hacking scandal at Rupert Murdoch’s News of the World in London. Van Natta worked for The Miami Herald for eight years, where he was a member of the team that received the Pulitzer Prize for Public Service in 1993 for coverage of Hurricane Andrew in August 1992 and its aftermath.