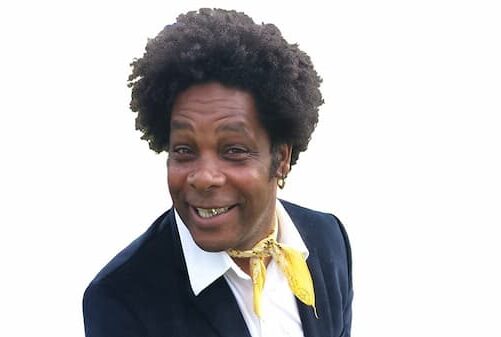 Danny Sebastian is an antiques dealer and TV presenter. He is an expert on BBC1’s ‘Bargain Hunt’ and ‘Street Auction’. He also hosts CBeebies’ Junk Rescue.

His actual age is unknown but is estimated to be in his 50’s.

Sebastian was born to immigrant parents from the Dominican Republic. He has not revealed the names of his parents but he revealed that he would travel with his mother to various auction houses which intrigued his love for antiques.

His father died in a fire accident when he was 15 years old. This led to him being depressed and in 1980 he was jailed for four years for robbery and violence.

Danny is in a relationship with his partner Joanne and together they have three daughters. The family lives in Wellingborough.

Sebastian is an antiques dealer who appears as an expert on BBC1’s ‘Bargain Hunt’ and ‘Street Auction’. When asked how he landed in the antiques world he said; “Luckily I was ready for a career move and then I was very fortunate and worked with a big celebrity player in the antique game, I then saw an auction house full of Mid 20th Century gear and instantly knew antiques was for me. I do also like the big mark ups if you find something special!”

Danny is a host of He also CBeebies’ Junk Rescue on BBC, a children game show which combines traditional crafts and creative child-led makes, Junk Rescue makes sustainability fun, showing how the things we throw away can be turned into something useful.

He began his career in television after he featured in a pilot version of BBC series ‘Del Boys and Dealers’. The show was commissioned to a four-part series. He also appeared on BBC1’s ‘Dealing with Dickinson’. He also made appearance on ‘Put Your Money Where Your Mouth Is’, a series where consumer experts were put to the test against each other to make profit putting their own money and reputations on the line.

Danny has a naturally high-pitched voice.

In 2019 Danny revealed in a tweet that he had clogged arteries but was on mend. It is not clear if he had a heart attack or not as he suggested he was lucky but not most people are.

I thought I was #fit, I looked it, I felt it, I believed it, but internally I wasn’t. Our arteries can get clogged up create problems+even death
We must #eat #healthy #exercise #sleep plenty & #stress little & NEVER #smoke.
I’m #lucky but not all of us are
Look after yourself ❤️ pic.twitter.com/OmPOg2nnm4

Caught red handed in the East End of #Glasgow ……………..
.
.
.
Taking a picture with the #junkman on the back of me van and not coughing up the fee 😂🎩😂 pic.twitter.com/fiJhxaB7Vz