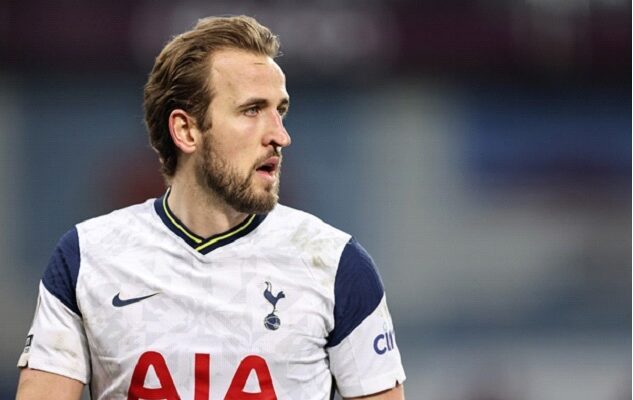 When you hear the name Harry Kane, what do you picture? Is he a “Hurricane” like his name might describe? Well, he is a soccer superstar who plays professionally for Tottenham and for the England national team. Here is Harry’s biography, age, family, religion, net worth, and the club he’s wanted to play for, and the club he currently plays for.

Harry Edward Kane is a professional striker in football and captain of the England national team. He currently plays for Tottenham at club level, though he plans to leave at the end of the Premier League season. Born to Pat Kane, his father, and Kim Kane, his mother, they took him to Chingford Foundation School for his education. This is the same school at which the legendary David Beckham also attended. Kane is one of two siblings raised together in Walthamstow, North London. Nicknamed The HurriKane, he is considered to be one of the current best and fastest strikers in the world.

His name says it all; The HurriKane demolishes and destroys all his competition mercilessly. On any day, with the HurriKane in the line-up you know fantastic football will be played. And in the upcoming season, we know the Euro 2020 odds are in England’s favour come what may. Kane is not any ordinary striker; he is a goal-scoring machine. He doesn’t stop at scoring either, he is also spectacular at ball distribution; he does both his work and the work of the midfielders. Some even refer him to being an all-rounder on the pitch.

Born on the 28th of May 1993, Kane is currently 28. When you see him doing his best on the pitch, you would never think that he is nearing his 30’s. The guy exudes and radiates so much energy; you would think he’s a player in his teens or early 20’s. Kane can perform at his peak for an entire 90 minutes, giving out the exact same energy when the match starts and ends, he is just a ball of tremendous energy.

Harry recently got married to the beautiful Katie Goodland. The two have come a long way; they started as childhood friends, but their friendship matured into a romantic relationship as the years passed. The high-school sweethearts got married in 2019 and now have three beautiful children – 2 girls and a boy. The five of them make the cutest family.

Harry Kane is known to be a religious person. He is a firm believer in Christ and is a devout Christian.

With the current rough patch that Arsenal is going through, they most probably regret rejecting the signing of the phenom. Apparently, when he tried out for Arsenal, they rejected him because he was overweight, chubby, and not athletic enough for their liking. Well, Arsenal, look at HurriKane now.

Harry Kane wears the number 10 jersey for one of the Premier Leagues giants, Tottenham. Kane was fortunate enough to play for Tottenham because the Spurs were family favourites, and they all wanted him to play for the club. At the age of 11, Harry joined the Tottenham Hotspurs youth system, so his career kicked off.
With the club, Kane has been conferred with several awards that include the Millwall Young Player of the Year and the Premier League Player of the Month, six times.

As of 2021, Harry Kane’s net worth has been estimated to be 40 million dollars with an annual salary of 14 to 15 million dollars. Honestly, he deserves every penny of it.
Long live the HurriKane !!!