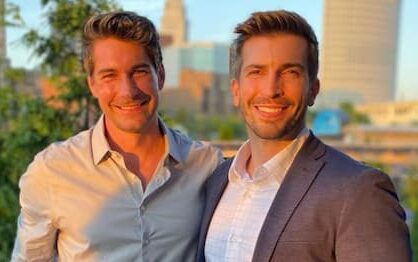 Daniel Sullivan is the partner of Dan Vickey who is a designer and host of HGTV’s Frozen In Time.

Dan hasn’t shared much about his family but he has posted a photo of his father on Instagram.

Sullivan is married to Dan Vickey since September 2017. In February 2021 the couple celebrated 9 years anniversary. Vickey revealed that when they first met Dan lied about his age pretending to be older. “Guess that’s what I get for someone who lied about their age when we met. But who pretends to be older than they are? Unless you’re under 21. Love you handsome!”

Daniel’s job is unknown as his Instagram bio reads ‘travel addict’. His partner Dan Vickey is an interior designer and television host. He hosts Frozen in Time on HGTV and has a design business, Dan Vickey Design based in the Los Angeles area.