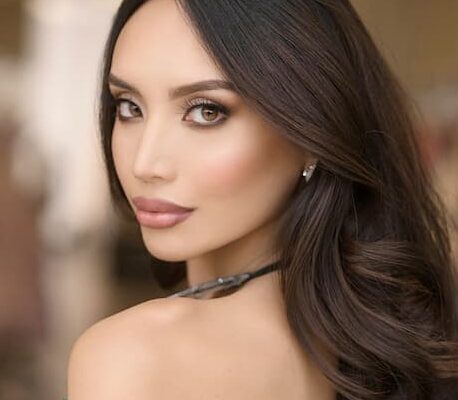 Kataluna Enriquez is a health care administrator and fashion designer. She was crowned Miss Nevada USA in June 2021 becoming the first transgender woman to win a competition in the pageant’s history.

She belongs to Filipino descent.

Kataluna hasn’t shared much about her family but she posted a photo of her family on her Instagram.

Enriquez is a fashion designer who studied fashion design at the Fashion Institute of Design and Merchandising (FIDM) in Los Angeles, California. She is the owner of Kataluna Kouture, which specializes in gowns and costumes.

Kataluna is a transgender who began transition at the age of 14.  She revealed that while growing up she didn’t have the easiest journey and even struggled with physical and sexual abuse.

During the Miss Nevada question-and-answer segment she said she was a proud transgender woman and that her differences do not make her less but more.

“Today I am a proud transgender woman of color. Personally, I’ve learned that my differences do not make me less than, it makes me more than. I know that my uniqueness will take me to all my destinations, and whatever I need to go through in life.”

She also works as a health care administrator at the LGBTQ Health Care.

According to some websites, her real name was Durte Dom (before she transitioned). She shared a photo of herself while she was a boy while in elementary school.

She joined the pageants world in 2016 and was crowned Transnation Queen USA 2016 at the Theatre of the Ace Hotel in Los Angeles. She represented California.

On January 26, 2020, she represented Hayward in Miss California USA 2020 at Arcadia Performing Arts Center in Arcadia, California. She was unplaced. In 2021 she competed in the Miss Silver State USA 2021 becoming the winner.

Kataluna will compete in the Miss USA pageant in November. This will also make her the first transgender woman to compete for the crown.