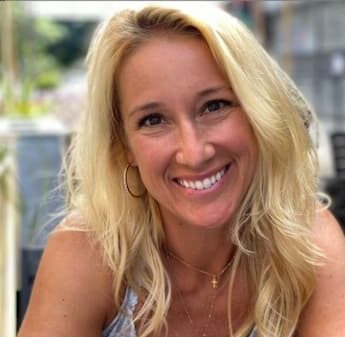 Jennifer Rauchet (Jennifer Cunningham Hegseth)  is an executive producer for FOX News, Fox Nation Daily Programming and Watters World. She is the wife of Pete Hegseth, contributor and co-host of FOX & Friends Weekend.

Rauchet hasn’t shared much about her family on social media but she posted a picture of her mother on Mother’s day.

Jennifer Rauchet is married to Pete Hegseth who is a co-host of Fox & Friends Weekend, a Fox News senior political analyst, and frequent commentator across Fox News and Fox Business platforms. He served in the U.S. Army for twelve years, doing tours in Iraq, Afghanistan, and Guantanamo Bay, earning two Bronze Stars and a Combat Infantryman’s Badge.

Pete was previously married twice to his first wife Meredith Schwarz and second wife Samantha Deering with whom he shares three sons. Both wives filed for divorce citing infedility.

There is no much information available about Jennifer’s first marriage but it is alleged that when she started dating Pete they were both married. At the time Pete was married to Samantha Deering.

Jennifer has four children; a daughter known as Gwen from her marriage to Pete and three other kids from her first marriage.

In December 2019 Britt McHenry sued her co-host, George Murdoch and Fox Network. She alleged that Murdoch made unwanted sexual advances and sent her inappropriate texts while they worked together on Un-PC. She added that after he learned she had a boyfriend he retaliated against her and created a hostile work environment on set. She also alleged that she complained to Jennifer Rauchet who ignored the complains and also stopped talking to her and booking her on other shows.