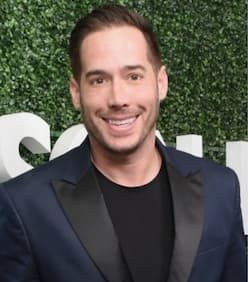 Carter Reum (Carter Milliken Reum) is an American entrepreneur, venture capitalist and author. He is the founder of M13 Ventures, an angel investment firm.

Reum graduated from Columbia University with a Bachelor of Arts degree in Economics.

Reum has two siblings Courtney and Halle Hammond. Together with his brother, they founded VEEV Spirits and later entrepreneurial brand-development investment company M13. His sister, Halle is a celebrity stylist in the TV and motion picture industry.

Carter is in a relationship with Paris Hilton. The couple was first spotted kissing and cuddling at a Golden Globes after-party in January 2020. According to E!News the two met through mutual friends.

Reum and Paris Hilton got engaged on February 13, 2020. Reum proposed with a ring designed by Jean Dousset, while the couple was celebrating Hilton’s birthday on a private island.

After the engagement Paris said; This past year with COVID has accelerated so many things. As someone who traveled constantly, I had a chance to stay home and reevaluate what was important to me. My relationship and the time I spent with Carter was a gift. I’m excited for our next chapter.”

Reum added; “I have gotten the unique opportunity to get to know the real Paris on a daily basis just the two of us during these past 15 months and I couldn’t be more excited and lucky to have her as my future wife and partner. She shines with her kindness, work ethic, authenticity and her voice in making the world a better place and she will do the same as a future mother and wife.”

In June 2016, Carter together with his brother Courtney co-founded M13 Company (Messier 13), a venture firm accelerating businesses at the nexus of consumer products, technology, and media.

Prior to founding M13, the two had co-founded VEEV® Spirits LLC, a premium spirits company, in 2007 but they sold it to Luxco in 2016. VEEV Spirits is a vodka brand that was both the first liquor made with acai and the first to be created in a substantial facility.

Carter is a published author. He co-wrote 2018’s Shortcut Your Startup: Speed Up Success with Unconventional Advice from the Trenches alongside his brother. The book is a practical playbook for both aspiring and seasoned entrepreneurs, filled with unconventional yet accessible advice for maximizing the business venture.

He has an estimated net worth of $300 million.