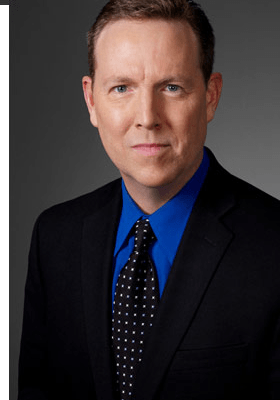 Brian Todd is an American CNN correspondent based in Washington, D.C. He provide reports for The Situation Room.

There is no available information in regards to his place, date, and year of birth.

He is approximately 1.9m tall.

He earned a bachelor’s degree in communications from the University of Miami.

He began his journey at the University of Miami in 1979 as an international politics major. During his early time in Miami, he began to work at the University’s radio station WVUM where he ultimately discovered his love for journalism. Shortly after joining WVUM, Todd made the decision to transition into a communications major. Not long after that, he landed an internship at Channel 4 News in the sports department.

Details about his parents are not available.

It is not clear whether he has kids or not.

Todd is a correspondent for CNN, providing reports for The Situation Room. Based in Washington, D.C., he has contributed to the network’s comprehensive “America Votes 2008” coverage.

Todd has covered major events on-site including the Marjory Stoneman Douglas High School shooting in Parkland, Florida and the Capital Gazette newspaper shooting in Annapolis, Maryland. He played an integral part in the network’s coverage of the historic 2017 hurricane season, reporting on the ground from numerous cities during the height of devastation. In addition, he delivered extensive breaking news coverage of the mass shootings in both Las Vegas and Texas.

A CNN veteran of more than two decades, Todd joined the network in 1987 as a copywriter for morning programming and soon also took on production responsibilities in the field and for long-form reports. From 1989 through 1993, he served as an anchor and reporter for CNN Newsroom, a news program for high school and middle school students.

Todd became a news producer based in Washington, D.C., in 1993 and then an editorial producer for Larry King Live in 1997. He became a senior producer in 2000, eventually becoming the senior producer for Wolf Blitzer Reports, a precursor to The Situation Room. While a producer, Todd began offering on-air reports in January 2004 and became an on-air correspondent full time in 2006.