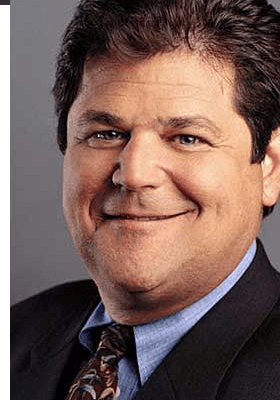 John Zarrella is an American news correspondent. He worked for CNN from 1981–2013. He was the principal correspondent for CNN’s coverage of the U.S. space program, covering such events such as John Glenn’s 1998 return to space, the Mars Pathfinder mission and numerous space shuttle launches.

He was born in 1954 in the United States of America.

Information about his parents is not available to the public.

Zarrella is  married and he tied the knot with his  wife in 1981 in a private wedding ceremony. The name of his wife is unknown.

There is no public information available on whether he has children or not.

Zarrella is CNN’s Miami correspondent, named to this position when the Miami bureau was established in December 1983. He is responsible for CNN’s coverage of news in Florida, Central and South America and the Caribbean. Since joining CNN, he has covered every major hurricane to hit Florida and the Gulf Coast, most recently Katrina and Rita; the Pope’s visit to Cuba; the eruption of the Montserrat volcano and the Cuban and Haitian refugee crises.

He also is a principal correspondent for CNN’s coverage of the U.S. space program, covering such events such as John Glenn’s 1998 return to space, the Mars Pathfinder mission and numerous space shuttle launches. Zarrella was the CNN network correspondent on site when the 1986 Challenger shuttle disaster occurred. In 2011, he covered the final flights of the Space Shuttle program.

He also has served as a correspondent on major news events for the network, including Jean-Claude ‘Baby Doc’ Duvalier return to Haiti, Air France crash in Brazil and the Honduras Coup in 2011, the network’s Peabody Award winning coverage of the Gulf Oil Spill in 2010, the Terri Schiavo controversy in Florida, the 2002 Elian Gonzalez story in Miami, the 1995 bombing of the Murray Federal Building in Oklahoma City, the 1985 hijacking of TWA flight 847 in Beirut, the trial of Manuel Noriega and the Mexico City earthquake in 1985.

Zarrella joined CNN in November 1981 as executive producer at CNN world headquarters in Atlanta where he was responsible for the overall look and content of all hard newscasts.

Earlier, he served as executive producer at WJTV-TV in Miami and WBAL-TV in Baltimore. While working for WBAL-TV, the station was awarded an Edward R. Murrow Award for outstanding news operation. He also spent four years at WXIA-TV in Atlanta, serving in a variety of positions, culminating with his appointment as senior producer.  Before joining WXIA, Zarrella was executive producer for WPEC-TV in West Palm Beach, Fla., and weekend producer and assignment editor for WPLG-TV in Miami.

John has been honored numerous times for his reporting contributions. In 2003, the Florida Emergency Preparedness Association gave him its prestigious Media Award for “outstanding efforts to inform the public of the problem of hurricanes and the issues faced by emergency managers.”

In 2002, the National Hurricane Conference awarded him its Outstanding Achievement Award for his work on “Hurricane: When the Big One Hits.” The committee said the documentary set “a new standard for the coverage of science of hurricanes and the problems related to evacuations, sheltering and risk assessments.”

At WXIA, he also won two Emmy awards, including one for his production of a public affairs series.

He receives an annual salary of between $75K-80K.