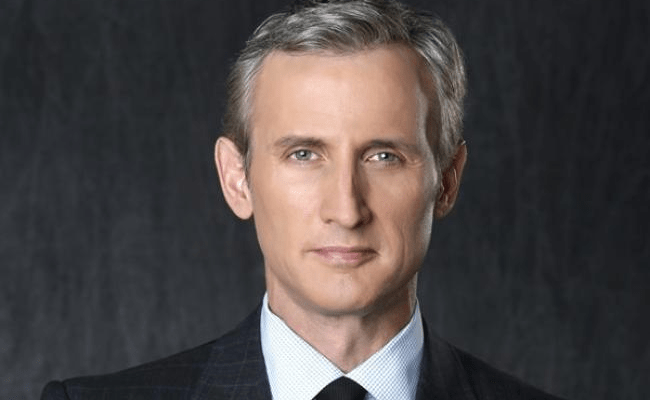 Dan Abrams is an American media entrepreneur, television host, commentator, and New York Times best selling author. He is currently the ABC News Chief Legal Correspondent. He was the host of Live PD on the A&E cable network. Abrams also created and hosts Court Cam, a Law & Crime Production on A&E. He also worked as the chief legal correspondent and analyst for NBC News and general manager of MSNBC, and doubled as an anchor for the same network.

Abrams graduated high school from the Riverdale Country School, an independent day school located in the northwest corner of New York City, in 1984.

He received his Juris Doctor (J.D.) from Columbia University Law School in 1992.

Abrams has an honorary law degree from Stetson University.

He is the son of Efrat and Floyd Abrams. His father Floyd is a leading First Amendment attorney and a partner at Cahill, Gordon & Reindel. While, his mother is a former Hebrew school teacher and Guggenheim docent—is the only non-J.D. in the immediate family.

He has a sister, Ronnie Abrams, who was nominated for a federal judgeship by Barack Obama in 2011. She also received her commission on March 23, 2012.

He has never been married.

Dan has been in a relationship with his long-term partner, Florinka Pesenti, 38, since 2009. Florinka served as the director of public relations for Gucci and was a winner of the reality show, The Amazing Race 3 in 2002.
He also had romantic ties to actress Renee Zellweger and supermodel Elle Macpherson.

He has a son, Everett, who was born in 2012, with his then-girlfriend Florinka Pesenti.

Abrams was named “Nightline” anchor and Chief Legal Affairs anchor for ABC News in June 2013. In addition to this role, he continues his daily legal segments on “Good Morning America,” and covers a broad array of other topics with a new branded segment on the show as well. He joins his fellow “Nightline” anchors on the primetime show “The Lookout” and reports on all ABC News platforms, including ABCNews.com and ABC News Radio.

Prior to “Nightline,” Abrams was ABC News’ legal analyst. Since February 2011, he has provided legal insights in major court cases and complicated legal questions from Casey Anthony and Jodi Arias to George Zimmerman and the Supreme Court.

Before joining ABC News, Abrams worked at NBC for 15 years as a reporter for NBC’s “Nightly News,” host on MSNBC, and Chief Legal Correspondent for NBC News. From 2006 to late 2007, he served as General Manager of MSNBC, where he presided over a period of unprecedented growth, with ratings and profits each increasing well over 50% during his tenure. During that time, he was also a member of the NBC Universal President’s Council.

Abrams is founder and former CEO of the Abrams Media Network, which includes eight popular websites: Mediaite, a media news website; Geekosystem, covering tech and geek culture; Styleite, which covers beauty and fashion; Sportsgrid, which follows sports and sports-related media; Gossip Cop, which monitors false reporting in the celebrity gossip industry; The Mary Sue, a site for female “geeks”; The Jane Dough, devoted to young women in business, media, and other fields; and The Braiser, focused on the personalities and lifestyles of world-renowned chefs. Together the Abrams Media Network serves close to 17 million unique visitors per month.

He was also co-host of Grace vs. Abrams, in which Abrams and legal commentator Nancy Grace debated high-profile crime cases. Live PD was canceled on June 10, 2020.

Abrams has published articles in The New York Times, The Wall Street Journal, USA Today magazine, The American Lawyer, and the Yale Law and Policy Review. He has also written for online magazines such as The Huffington Post, Daily Beast, and Mediaite.

In March 2010, Abrams published the book Man Down: Proof Beyond a Reasonable Doubt That Women Are Better Cops, Drivers, Gamblers, Spies, World Leaders, Beer Tasters, Hedge Fund Managers and Just About Everything Else. The book was #10 on The Washington Postbest seller list of July 17, 2011, and has been translated into Russian, Indonesian, Croatian, Swedish and Hebrew, among other languages.

His book Theodore Roosevelt for the Defense: The Courtroom Battle to Save His Legacy, released on May 21, 2019, is a New York Times bestseller. Theodore Roosevelt accused his former friend and ally, now turned rival, Republican Party leader William Barnes Jr. of political corruption. Barnes responded by suing Roosevelt for an enormous sum that could have financially devastated him.

Abrams’ latest book John Adams Under Fire: The Founding Father’s Fight for Justice in the Boston Massacre Murder Trial, published on March 3, 2020, was a New York Times top ten bestseller. In 1770, British soldiers shot and killed five civilians. As John Adams would later remember, “On that night the formation of American independence was born”. Yet when the British soldiers faced trial, the young lawyer Adams was determined that they receive a fair one. He volunteered to represent them, keeping the peace in a powder keg of a colony, and in the process created some of the foundations of what would become United States law.

In September 2004, Abrams revealed that he had been diagnosed with testicular cancer the previous year, at age 37. After initially telling only a handful of people and lying to co-workers about the reason for his absence. Abrams decided to go public with his story to honor Sean Kimberling, another young network personality who was undergoing treatment for the same disease at the same time, but did not survive his battle

Abram’s net worth is calculated to be $25 million.