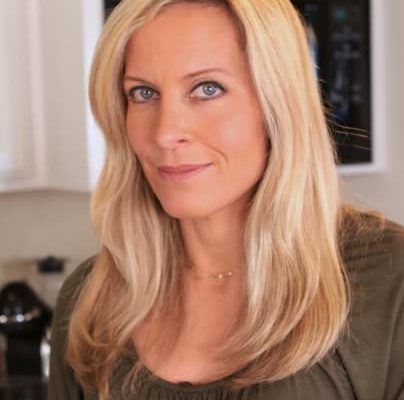 Becky Worley is an American media personality serving as a technology and consumer correspondent for ABC News and “Good Morning America.” She previously served as a contributor for Yahoo! Tech.

Worley has not revealed the names of her parents but she shares their photos on her social media platforms.

Becky doesn’t have a husband, she is gay and is married to a woman.

Worley is married to her wife, Jane Mitchell. On October 11, 2020 during the National Coming Out Day she sent messages of hope to all the teens and young adults coming out to their parents. She revealed that her parents were incredible when she came out to them.

“My devoutly Catholic mother took a second to wrap her head around the news that I had a girlfriend, then her big emotions came when she finally blurted out, “But I want grandkids!”

My dad was great, my girlfriend’s family (now my legal in-laws) were saints, my extended family were supportive. I even got a card from my Aunt Peg that said CONGRATULATIONS and she penciled in ‘on being gay!’”

Becky is a mother of twins a daughter known as Lily Pulitzer and a  son known as Finn.

She has been a tech reporter/producer since 1998. She began her career as a producer for Seattle’s KOMO-TV. In 1998 she joined TV + Tech, an all technology network where she served as a host, anchor and producer. During her 6 years at ZDTV /TechTV, she produced 3 different shows, hosted a live, hour-long computer help call-in show, and when TechTV created an 8-hour technology news format, she was tapped as an anchor.

From there she began making appearances on GMA as a tech expert before she was hired as a technology contributor. She has hosted shows for the Travel Channel, the National Geographic channel and the Fine Living Network.

Prior to joining Yahoo! she served as a co-Host of Tech News Today and fil-in for Leo Laporte on This Week in Tech on TWiT LLC.