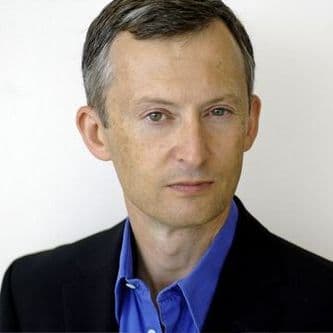 Fergus Walsh  is a British media personality  working as  the BBC’s medical editor , a newly created role and previously served as the channel’s  long-time medical correspondent. He also served as a freelance  reporter and did reporting shifts at Radio Oxford, Nottingham, Norfolk and Bristol – and one day at Radio Derby and  was the Legal and Home Affairs correspondent for BBC Radio as well as Health Correspondent for BBC TV .

Walsh was born in July 1961 in Leicester, United Kingdom but his exact date of birth is unknown.

Fergus  attended the Royal Grammar School in High Wycombe and later earned an English literature degree from Leeds University in 1983.  He also earned  a post-graduate course in Broadcast Journalism at University College Falmouth, in Cornwall.

Walsh is the son of Michael Walsh and Ita Walsh who are both deceased.He was brought up in Buckinghamshire by his Irish parents, who emigrated in the 1950s. His father died of a fractured spine and pneumonia after going into hospital for a routine prostate operation. He had suffered a bad reaction to the anesthetic which made him delusional – but despite this, he was left unattended by nursing staff. He opened an unlocked balcony door from his first-floor room and fell 15 feet to the concrete ground on a freezing night. He was rushed to the local NHS hospital, where he died two days later.

Fergus was brought up alongside his three siblings, Fiona Walsh, Breffni Walsh and Barry Walsh but not much is known about them.

Fergus is married to Véronique ,who  was formerly a GP and now works in the pharmaceuticals industry.

Walsh and his wife has three children, a son Hugo, and two daughters, Scarlett and Saskia.

After completing a post‐graduate diploma in radio journalism at Falmouth, Fergus began freelancing for BBC local radio. Within weeks he had done his first report for BBC Radio 4’s Six O’ Clock news. After a couple of years, Fergus was recruited to the network radio newsroom at Broadcasting House. He was soon assigned as a
reporter to BBC Breakfast News, which entailed twelve‐hour nightshifts, two weeks on, one week off.

Walsh moved on to become the BBC’s Health Correspondent between 1993 and 2000, before spending four years as Science Correspondent.   He became  the BBC’s Medical Correspondent in 2006  reporting medical research and global disease threats. He has travelled extensively, reporting on such diverse topics as HIV/AIDS in Malawi, polio in Nigeria, leprosy in India, child poverty and health in Bangladesh ,bird flu in Vietnam and Turkey, swine flu in Australia and obesity in the United States

In 2020 he was promoted to the newly created title of medical editor in recognition of his work in relation to the COVID-19 pandemic .

Walsh appeared as himself in the BBC1 drama “A Short Stay in Switzerland”. Starring Julie Walters, this
programme was based on the true story of Dr Anne Turner, who in 2006 took her own life in an assisted suicide in Switzerland after developing an incurable degenerative disease. Fergus had interviewed Anne about her decision, and was with her and her children in Zurich on the day she died.

Fergus has won five broadcasting awards from the Medical Journalists’ Association.[4] In December 2009, he received an honorary degree, a Doctorate of Civil Law (DCL) from Newcastle University. His citation stated that Walsh ‘has done more than any other journalist to facilitate public comprehension of the most challenging health issues of our times

His net worth is not known.