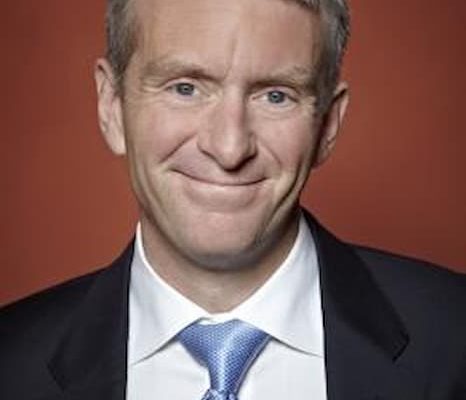 Nic Robertson is an American media personality serving as an International Diplomatic Editor for CNN based in the networks London bureau, covering global terrorism, wars, armed conflicts, and a range of other major news events and previously worked for the UK’s Independent Broadcasting Authority in the engineering department.

Robertson was born on 8 June 1962 in the United Kingdom.

Robertson graduated from the Aston University.

Nic was born and raised by his parents in the United Kingdom but he has not revealed any information regarding them. Its also not known whether he has any siblings.

He is married to Margaret Lowrie Robertson, a former International Correspondent at CNN. She also worked for CBS News in Cairo as well as a freelance radio correspondent for CBS in Beirut and National Public Radio in Poland during the Solidarity era. Lowrie is a graduate of Boston University and she is the author of the novel, Season of Betrayal. No information regarding when and where the duo exchanged their marriage vows is available.

Nic and his wife have two daughters together but their names are unknown.

Robertson is an award-winning CNN International Diplomatic Editor based in the London bureau, he travels extensively, covering global terrorism, wars, armed conflicts and a range of other major news events. Since joining CNN in 1990, he has been on some of the biggest news stories around the world. He reported on the escalating violence in Syria, from both inside and outside the country.

In Libya, he reported from both sides of the conflict, interviewing Muamar Gadhafi’s sons Saif al Islam and Saadi Gadhafi, as well as being the first to report live during NATO bombings of the Gadhafi compound. He also interviewed alleged rape victim Eman al Obeidy, whose tale of abduction, torture and rape by Gadhafi forces gripped the world. In Bahrain, Robertson secured the only western TV interview with the country’s Crown Prince, as well as live reports during tear-gassing in the thick of the clashes. He also had an exclusive first interview with the then-new Lebanese Prime Minister, Najib Mikati, as street violence flared.

For more than twenty years, Robertson has worked in conflict zones in Afghanistan, the former Yugoslavia, Pakistan, and all over the Middle East, breaking news and winning awards for compelling documentaries and in-depth news reports. He has covered a huge range of stories and was one of the first western journalists to reach Osama Bin Laden’s compound following his killing by US Navy Seals in May 2011. He reported from Norway on the horrific massacre committed by Anders Breivik. During the aftermath of Hurricane Katrina in 2005, CNN sent Robertson to report from New Orleans. He reported from ground zero in Beirut, Lebanon covering the 2006 Israel-Lebanon crisis.

Throughout 2002 and early 2003, Nic reported from Iraq, during a period of growing tension between Saddam Hussein’s government and the West, remaining in Baghdad during the build-up to Coalition strikes on the city in 2003. He was one of the only western television journalists in Taliban-held Afghanistan when the terror attacks unfolded in the United States On September 11th, 2001, and, was able to report on the Taliban response and the attacks by the Northern Alliance on Kabul live via satellite videophone. He reported from all over Afghanistan during the War against Terror, including the fall of the Taliban the following year, and he won a Royal Television Society award for his “Terror on Tape” series about Al Qaeda training films found in the country.

His powerful CNN report Syria: Frontline Town — Zabadani won him the prestigious 2012 Prix Bayeux TV War Correspondent of the Year award and The New York Festivals 2013 Award for Coverage of a Continuing News Story. He also received a Foreign Press Association Member Award for his acclaimed documentary World’s Untold Stories: Secrets of the Belfast Project, which exposed fresh, disturbing evidence about the connection between Sinn Fein and the IRA.

Robertson was also recognized, alongside CNN colleagues, with an Emmy and a Peabody Award in 2012, for his extensive reportage on the Arab Spring and its repercussions, as it spread across the Middle East. He has also won two Overseas Press Club Awards, another Peabody (2002), a DuPont Award (2001) and several Emmys for his work in war zones and disaster areas around the world. People magazine voted him Sexiest News Correspondent in 2001.

He earns an average annual salary of $500k.