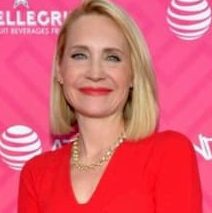 Andrea was born on 10 December 1972 in Collingwood, Canada.

Canning graduated from the University of Western Ontario with a degree in psychology in 1994 and also studied radio and television arts at Ryerson Polytechnic University.

Andrea is the daughter of Gordon Canning and Katherine Jane Canning. Her father is the President of Blue Mountain Resorts Limited. Her mother  achieved a BSc in mathematics at McGill University in Montreal and went on to work as a computer programmer at the Toronto Telegram where she met her husband who was also a computer programmer at Imperial Oil. She also managed Blue Mountain’s retail, sold condominiums and always made the resort look beautiful and elegant with her interior design skills was also a very talented downhill skier who raced for the Canadian National B Ski Team and won such honors as the Ladies Quebec Senior Alpine Championship in 1964. Unfortunately she died on January 8, 2007 at the age of 64 after a long battle with cancer.

She was born as the only child of her parents and therefore she has no siblings.

Andrea is married to Lieutenant Colonel Tony Bancroft, a financial analyst and former fighter pilot now in the reserves. The duo met through through her foreign-affairs correspondent friend Martha Raddatz, whom he met while stationed in Iraq. The couple started out as pen pals before Tony proposed in September 2007 while they were strolling on the beach at Cuttyhunk Island.

Andrea and her husband exchanged their marriage vows in  June 7, 2008 on Blue Mountain Inn. The ceremony saw the arrival of their loved ones, and in no time, 215 guests filled the venue. Reverend Heather Stacey officiated the wedding. Andrea arrived in a satin-lined gown with a flower-embossed ivory tulle overlay while Tony on the other hand looked absolute gentleman in his Blue Marine Corps outfit. After the nuptials, the duo walked out of the church, where they were given the guard of honor in a traditional military saber arch.

Andrea and her husband welcomed their son George Anthony Bancroft III in June 2019 who was conceived through In Vitro Fertilization. She said undergoing in vitro fertilization in order to have her sixth child (and first son) took her and her husband out of their comfort zone. “It was so against the grain for us because we had five natural pregnancies,” Canning told People. The couple, who got two embryos after a round of IVF treatment, decided to go with the healthier one, regardless of the sex.

“We were like, ‘We’ll probably just get all girls.’ If it was a girl, it would be a girl, that was fine,” Canning said. “When the report came back and the boy was a higher-quality embryo, we were like, ‘It’s meant to be.’” However, Canning’s delivery came with some issues, including an adherent placenta that doctors said was a result of giving birth to multiple children. “ He wasn’t crying when he first came out and I kept saying, ‘Is he OK?’” Canning recalled. “Everything was so chaotic and it felt like forever, but then I heard him cry and that was the greatest feeling.”

Canning joined NBC News in October 2012 as a correspondent for Dateline while contributing to other NBC News platforms including Today, NBC Nightly News and MSNBC. She also is a fill-in anchor and news anchor on Today and Weekend Today. Prior to joining NBC News, she was a correspondent for ABC News from 2004 until April 2012, where she covered the White House, Congress, the Supreme Court and the Iraq War for ABC’s affiliate NewsOne. She also covered a wide array of stories ranging from crime stories and notable trials to the devastation of Hurricane Katrina and the Casey Anthony case. Her public profile was elevated considerably after she interrogated Charlie Sheen for 20/20 on February 28, 2011. The interview was subsequently used as the basis for a viral video that received more than 10 million views during its first 9 days on YouTube.

She also worked for WCPO-TV in Cincinnati as a reporter and co-anchor of the evening newscast. From 1999 to 2001 Canning worked for WPTV-TV in West Palm Beach, Florida and from 1997 to 1999 was a reporter and anchor for CKVR-TV in Barrie, Ontario. She was also the morning anchor for WXVT-CBS in Greenville, Mississippi and  was an assignment editor for the tabloid TV show Extra. While living in Los Angeles she was also an intern for Baywatch .

Canning doubles as a writer of TV flicks, including “Homekilling Queen,” “Killer Prom” and “Til Ex Do Us Part” (on Lifetime) and, on Hallmark, “Ruby Herring Mysteries,” “Christmas She Wrote” (starring Danica McKellar) and the upcoming “USS Christmas,” a military movie inspired by her husband Lt. Col. Tony Bancroft.

Despite having no experience writing screenplays, Canning somehow managed to crank out 14 films for Hallmark and Lifetime in just four short years.“I had never written a word of a screenplay, and so I really had to learn, from the ground up, how to do this,” she explains. “And thankfully I had a mentor who helped me, and a producer that kind of guided me.”