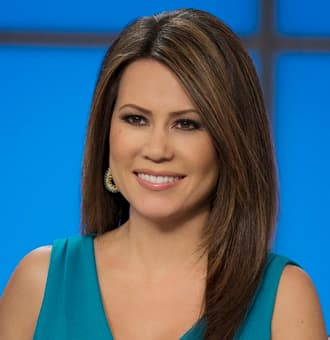 Betty Nguyen  is a Vietnamese-American media personality working as a news anchor at WPIX in New York City. She previously worked for CNN as an anchor of the weekend morning edition of CNN Newsroom and was also a network anchor and correspondent for CBS News.

She is a Vietnamese-American.

Nguyen was born in Saigon, Vietnam. She is of Vietnamese and Scottish American descent. She and her family left Vietnam for the United States in April 1975 during the Fall of Saigon and she  was “not even a year old” toward the end of the Vietnam War when her family fled South Vietnam. From a CNN videotape, she speaks about her father.

He was an American serviceman who fell in love with a Vietnamese college student. They married and had me, a child who was given life, when so many were losing theirs in the war. We fled Vietnam, crammed into a packed C-130 cargo plane. It was stepping into the unknown. Nothing was guaranteed except that turning back was not an option. And that meant leaving behind my grandparents…As hard as it was, fleeing not only saved my life, it gave me a new one, in a place called America. Unfortunately her dad died of a sudden heart attack  and she went on to post his photo on her twitter page with a caption ,”Happy Father’s Day to the man who taught me kindness &amp; the importance of helping others. When Saigon fell to communism, my Dad got our family to America along with members of my Mom’s family. He helped give us a life of freedom &amp; opportunity. I miss him every day.❤️”

She hasn’t revealed any information regarding her siblings.

Nguyen is a  married woman but she hasn’t revealed any information regarding her husband but she frequently posts his photos with their sons on social media. The two  exchanged their vows on July 27, 2014, in the Church of the Blessed Sacrament in Manhattan.

Betty and her husband has two sons together, Thomas born in December 15, 2015 and  Christopher born on 11 July 2018. Before the birth of her first son, she revealed that she had previously suffered a miscarriage.

Nguyen became the  co-anchor of the PIX11 Morning News at WPIX-TV on June 19, 2017, succeeding Sukanya Krishnan, who left the station after 17 years.  It airs weekdays from 7 to 11 a.m. She previously worked for  CNN, where she anchored the weekend morning edition of CNN Newsroom. She spent six years at CNN covering major news events including the 2010 Haiti earthquake, presidential elections in Africa, Hurricane Katrina, and the death of Pope John Paul II. She also went on an undercover assignment in Myanmar.

She also  spent a short time as a freelance correspondent for E! Entertainment Network and has also hosted several specials and was featured as a reporter on episodes of Walker, Texas Ranger.  She was  a morning anchor and reporter at KWTX-TV, the CBS affiliate in Waco, Texas and  an anchor at KTVT-TV, the CBS affiliate in Dallas, where she covered numerous breaking news events, including the Columbia disaster.

Nguyen was recognized by the Smithsonian Institution in 2007 as the first Vietnamese-American to anchor a national television news broadcast in the United States. According to Maxim.com, she was named one of “TV´s 10 Hottest News Anchors” in 2008. In 2011, she was listed as one of “The 10 Most Stylish Anchors & Reporters” by The Huffington Post.