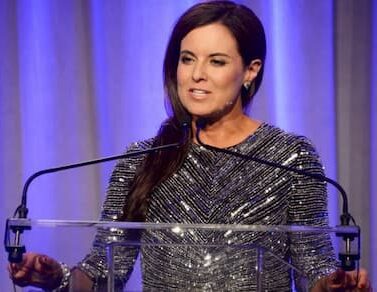 Ammy holds a Bachelor of Arts Degree in Communication from Brigham Young University, in Provo, Utah. She also has a Bachelor of Science Degree in Geosciences from Mississippi State University in Starkville. She later enrolled at the University of Pennsylvania graduating with a Master’s degree in Environmental Science.

She is the daughter of Bill and Linda Freeze. She is the oldest of five children.

Amy was married to Gary Arbuckle from 1994 until they divorced in 2014. The couple competed in and won a weight loss contest back in 1999.

Gary is a chiropractor who studied chiropractic care at Brigham Young University. He completed his doctorate at Western States Chiropractic College in 1998.

Ge ran a private practice in Denver and his clients included professional and collegiate athletes and even Olympians. When Amy moved to Philadelphia to work at NBC, he also relocated his practice. Over the years, he has changed his focus from injury recovery to weight loss.

In 2010, together with his business partner, they founded Body Reset. He serves as a COO of the company that markets a homeopathic product for weight loss and even authored a book on the same.

He has since remarried. In June 2017, he married Andrea Delta Dutson.

Amy is a former meteorologist for WABC-TV, where she anchored the weekend weather news, Eyewitness News Saturday and Sunday Morning. She joined the network in 2011 and left on October 3, 2021.

She has a special segment which she calls the ‘Freeze Frame’ wherein she attractively showcases and appreciates all the selected weather-related photographs taken by people all over the world and sent to her via social networking platforms. She also has another category ‘The Freeze Factor’ where she rates the weather proceedings for the next day on a scale of ten.

Amy is a 7-time Marathoner and also scuba certified and has taken a swim with the dozen or so 300lbs. that reside at the New Jersey State Aquarium. She is the creator of the Storm Water Action Alert Program which promotes water quality by advanced warning of stormwater runoff. Her love for sports and fitness led her to become a 1999 Co-champion. Her fitness story can be seen in the movie Body For Life Success Stories 2.

Amy Freeze Dancing With The Stars

Amy competed and won ‘Dancing With The Stars.

In November 2020 Amy was absent from her duties on ABC News and people began speculating whether she had moved to another network but she revealed that she had taken a break to recover from surgery. She however didn’t specify what her ailment was.

“Hi everybody! I miss work … I recently had a surgery and I am just recovering … I’ll be back to ABC and Accuweather soon!! Thank you for all the kind words and wonder about when I will return.I’m listening to my doctor and turns out ‘patience’ sounds like ‘patient’ for a reason! Be safe everyone!!”

Is Amy Freeze Her Given Name