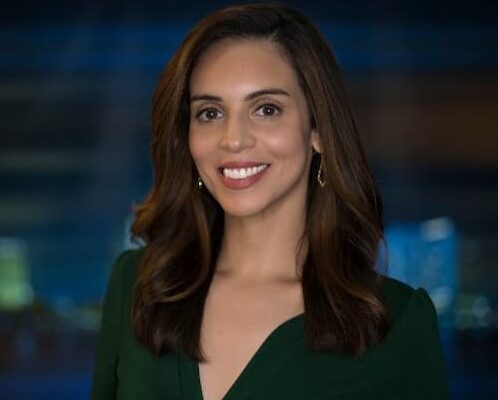 Stephania Jimenez is an award-winning American media personality serving as a San Antonio ABC affiliate KSAT anchor on the 10 p.m. newscast, Nightbeat. She previously worked at WCAU, an NBC10 channel based in Philadelphia.

She holds a bachelor’s degree in English and textual studies from Syracuse University.

She is of Puerto Rican, Dominican, and Italian descent.

Jimenez is the daughter of a Puerto Rican mother and Dominican and Italian father. She has however managed to keep them from the public. Their names are also unknown.

Jimenez has been married to her husband for more than 10 years. She has however managed to keep him from the public as his name is unknown.

Stephania is a co-anchor on KSAT12, an ABC-affiliated in San Antonio, Texas. She co-anchors the Nightbeat alongside Steve Spriester, Adam Caskey, and Greg Simmons. She joined the network in October 2021.

She previously served as a morning show anchor for WCAU-TV, the NBC television affiliate in Philadelphia. She joined NBC10 in July 2018.

Prior to joining NBC10, Stephania served as the evening news anchor at KRIS in Corpus Christi, Texas. Prior to that, she worked for our sister station NBC Connecticut as an investigative and consumer reporter/anchor. Stephania also worked at KTSM/KDBC in El Paso, Texas.