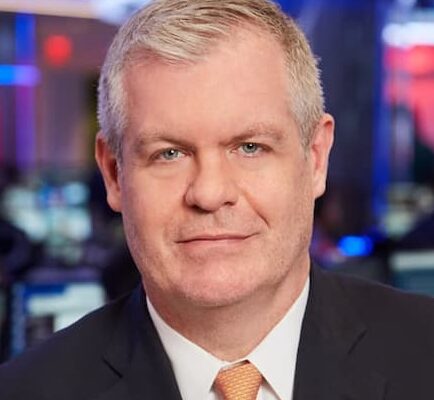 Jay Wallace is a broadcast executive who serves as the President and Executive Editor for FOX News Media. He previously held the position of the President of News and Editorial.

He graduated from Hofstra University in 2000 and also serves on the Dean’s Council for the Herbert School of Communications.

There is no public information available about his parents or siblings.

Wallace is married but he has managed to keep his personal life away from the public. The name of his wife is unknown. It is also not clear whether he has children or not.

Jay serves as the President and Executive Editor of FOX News Media. He joined the network in 1996 during its inception. He has held various positions including; senior vice president of news and politics; New York bureau chief; executive producer of news, and executive producer of the original FOX Report with Shepard Smith.

He previously worked as the President of News and Editorial. In that role, he oversaw the network’s news division, managing all aspects of news programming, newsgathering, political coverage and election season debates and town halls. Both FoxNews.com and FOX News Radio, which includes Fox News Headlines 24/7 on Sirius/XM were under his purview.

In 2016 he was promoted to Executive Vice President of News and Editorial, handling day-to-day management of weekday and weekend news programming for the network. He was responsible for the network’s top news programming, including Special Report with Bret Baier, Shepard Smith Reporting, America’s Newsroom and Fox News Sunday.

Jay and Chris are not related. Chris Wallace is the anchor of FOX News Sunday (FNS). He joined the network in 2003 and has been in broadcast journalism for more than 50 years. He is the son of the late 60 Minutes newsman Mike Wallace and Norma Kaphan. He has a brother known as Peter Wallace but he died at the of 19 in a mountain-climbing accident in Greece in 1962

There were some allegations that Jay had an affair with a female subordinate named Brooke Singman. “She regularly had romantic phone conversations with Mr. Wallace while she was in a bathroom stall in the women’s restroom, and numerous female employees overheard their conversations.”

The source claimed that there was a “sham investigation that cleared Wallace of any wrongdoing” which saw Singman transferred to FoxNews.com where she edged out a more senior investigative reporter, who was eventually “forced out” of Fox altogether. The complaint notes that Singman had no writing experience and no investigative journalism experience.

His actual salary as FOX News Media executive is unknown.

He has an estimated net worth of $300 million.