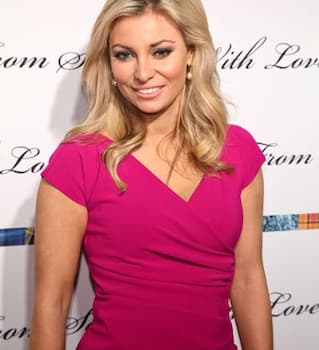 Amanda Drury is an Australian media personality serving as a CNBC freelance anchor based in Sydney, Australia. She previously anchored CNBC’s Business Day programming based at the network’s headquarters in Englewood Cliffs, New Jersey.

She attended Methodist Ladies College in Melbourne, Australia. She later joined the University of Melbourne graduating in 1994 with a Bachelor of Arts in Literature and Fine Arts with a minor in Japanese and French.

Amanda is married to Tim Drury.  According to his LinkedIn account, he is the director and CEO of Southern Cannabis Holdings a vertically integrated group of pharmaceutical cannabis companies headquartered in Sydney, Australia. He is also the owner and director of Trichome Biotech, an investment company focusing on emerging pharmaceutical products. He is was previously the founder and CEO of White Stratus a global software and services business that operated in 5 countries. Tim exited from this business in 2015.

He began his career as a partner at Accenture. He was responsible for running a geographic region within Accenture Interactive – a practice within Accenture that focuses on helping C-Level executives at fortune 1000 clients drive growth in the online channel.

She is a mother of two boys; Dash and Baxter Drury.

Amanda is a CNBC freelance TV anchor based in Sydney. She formerly co-anchored live daily business/finance programs such as Power Lunch, Street Signs and The Call amongst others. Hosting the weekly start-up show, “Power Pitch”. Providing live business reports to NBC, MSNBC and Sunrise on Australia’s Channel 7.

She joined CNBC Asia Pacific in January 2010 as an anchor of “Market Watch” and “Business Centre Australia.” She also hosted numerous feature programs for the network including the personal finance show “Grow Your Wealth,” which she pioneered and the technology-focused “Generation-e.”

In May 2010 she joined CNBC’s U.S. team as an anchor on CNBC’s Business Day programming based in Englewood Cliffs, New Jersey. Her initial assignment was to co-anchor “The Call” (11AM-12PM ET), filling in for Melissa Francis who was on maternity leave.

Prior to joining CNBC, she was a television and radio anchor for Bloomberg in Tokyo. She also held various positions radio posts at Sydney radio stations. She began her career in Japan working in International relations.

Amanda was sued by William Morris Endeavor Entertainment in 2012 over commissions. The talent agency represented Amanda in her negotiations with CNBC that took place between October 2009 and April 2010 and culminated in a lucrative four-year agreement.

In the complaint, WME alleged that it was entitled to 10 percent of Drury’s gross compensation from the deal. The agency says Amanda thanked it for a job “well done” but then “abruptly” terminated WME in December 2010. Since then Amanda allegedly refused to pay any commissions and refused to acknowledge any obligations.

Amanda earns an estimated annual base salary of $50,000.

She has an estimated net worth of $ 2 million