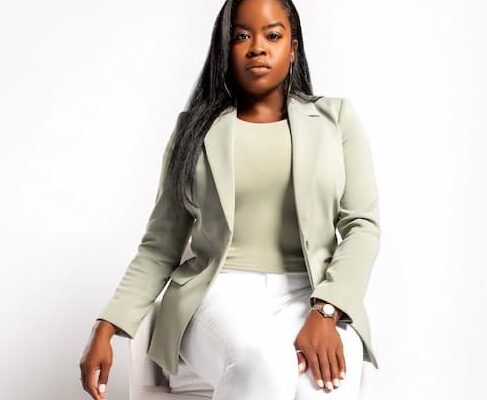 Cristyl Kimbrough is an American real estate closing attorney and entrepreneur. She is the founder and managing attorney at Kimbrough Law, LLC. She is one of the cast members of OWN show, ‘Ladies Who List Atlanta.’

She attended Albany State University and obtained a Juris Doctor from the Southern University Law Center.

She is the daughter of Deborah Parker Powell. The name of the father is unknown but her parents have since divorced and her mother remarried to Linwood.

Her mother, Deborah parker Powell, is a legal analyst and investigator at A.O.Smith. She manages product liability lawsuits throughout United States and Canada; Investigate fire, explosions and catastrophic losses. She graduated from the Washington State University with a Bachelor of Arts degree in Political Science and Government. She has an older sister known as Cecilee Morton.

Cristyl’s grandmother is Annie Laura Kimbrough. She was one of the first black women to successfully sue the US Government. She sued and won a discrimination lawsuit against the US Air Force. She was rejected several promotions based on her color. Her grandfather was an LPN in the Vietnam War and lead a life full of service. In his later years became a marathoner.

Cristyl is not married. She is single.

Kimbrough is a real estate attorney. She is the founder and managing attorney at Kimbrough Law. Kimbrough Law is a boutique real estate assisting with residential and commercial closings including condos, acquisitions, new construction and refinances.

She began her career in 2012 after graduating Albany State University and Southern Law. Since then she has conducted over 5,000 closings, taking part in every step of the process, from managing pre-closing and post-closing, bookkeeping, to document preparation tasks. She has presented lenders, developers, builders, agents, purchasers, and sellers.

While in law school she served as a federal extern with the Honorable Brian A. Jackson, U.S. District Court for the Middle District of Louisiana, as well as holding a few summer associate positions at various prestigious firms including Thomas, Kennedy, Sampson and Tompkins; Geiger, Laborde and Laperouse, LLC.

Cristyl is the founder and managing attorney at Kimbrough Law. During an interview, she revealed that she started the law firm as a one woman show having to conduct the entire closing process from beginning to end by herself. She prepared the closing documens at her home office and met clients at the State Bar of Georgia.

It wasn’t “until an entire year later that I was in a position to get an office space and another year after that before I started hiring staff. I closed roughly 16 closings in my first full year of starting my firm in 2013. Today, we close roughly 35 closings per month. We are dependent on our clients to spread the word about our service and rely on our great service to encourage them to do that.”

She celebrates her birthday on August 11.