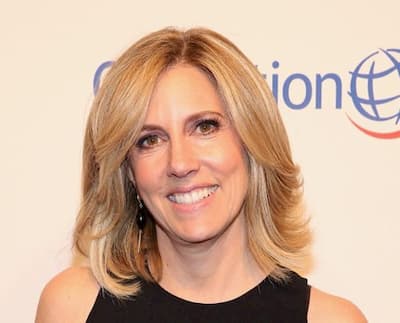 Camerota graduated from the School of Communication of the American University in Washington, D.C. with a degree in broadcast journalism and a minor in criminal justice.

Alisyn’s parents were divorced. She lived with her mum who was a schoolteacher who worked as a part time teacher so she could go back and earn her Ph.D. because she wanted to change fields and become a therapist. It’s not known if she has any siblings.

Camerota is married to Tim Lewis  an investor and has served in leadership positions for the past two decades. He currently is a partner at Southfield Capital in Greenwich, Connecticut. He  was also a partner at Atlantic Street Capital in Stamford and  a partner at CRG Group in New York City. Lewis earned a bachelor’s degree in political science from Yale University in 1988. The duo exchanged their marriage vows in 2002.

Camerota and her husband has three kids together, a son ,Nathaniel Lewis born in 2007 and two daughter Alessandra Lewis Francesca Lewis who are fraternal twins conceived through IVF cycle and born in 2005.

Alisyn  struggled with infertility for three years. She  wrote about the struggle in a 2010 piece for SELF Magazine. The couple decided to try in vitro fertilization. She  got pregnant twice, but both resulted in miscarriages. She described Lewis as being “supportive and wonderful” throughout the ordeal. “I thought, This will never work, we will never have a child, I will be deprived of this thing that is so important to me—a family. He always said, ‘We will have a family whether by hook or by crook.’ He was open to adoption—that was very comforting to me.”

After undergoing numerous treatments and four IVF cycles, she gave birth to twin girls and then surprisingly gave birth to a son without any treatments at all.  She said that getting pregnant with her son was a happy surprise; she didn’t realize she was pregnant until 16 weeks. She’s a board member of RESOLVE: The National Infertility Association and leads a weekly support group for women dealing with infertility.

On July 14, 2014, CNN and CNN International announced that Camerota had joined the CNN news team to serve as an anchor. During her tenure at CNN, she has covered breaking news stories on the ground both internationally and domestically, including the Paris and Brussels terror attacks, the tragic South Carolina church shooting, and the Pulse nightclub shooting in Orlando, FL. Additionally, her coverage of Hurricane’s Maria aftermath earned CNN an Edward R. Murrow Award.

She has also been at the forefront of CNN’s coverage of the 2016 elections, conducting news-making interviews with the Democratic and Republican nominees and many of the primary candidates. Outside of her role on New Day, Alisyn has anchored primetime specials, including “Sexual Assault on Campus,” a panel discussion on the epidemic of sexual assaults on college campuses, and “The Cosby Show: A Legend Under Fire,” a one hour conversation with the comedian’s alleged victims. In 2015 Camerota became a permanent co-anchor of New Day, whose viewership has reportedly increased by 9% since she was added to the program.

Prior to joining CNN, Camerota served as co-host of America’s News Headquarters on Fox News Channel. She also co-anchored Fox & Friends Weekend and contributed to the Fox & Friends weekday franchise where she covered the gamut of hard news and human interest stories. She  was live on the air as the Iraq War began, when the space shuttle Columbia exploded, and countless other breaking news events.  She also  worked at WHDH in Boston and WTTG in Washington D.C.

Alisyn is the author of “Amanda Wakes Up”, a novel she began writing while taking notes of her interviews of candidates in the 2012 presidential election. The notes developed into a novel based on her 25 years of working for the news business. She wrote the book with the desire to remind readers of the importance of real journalism. Book reviewer Lincee Ray of the Associated Press wrote that the novel offers “a healthy dose of what it means to weigh ambition against truth”

She has an estimated net worth of $7.5million.