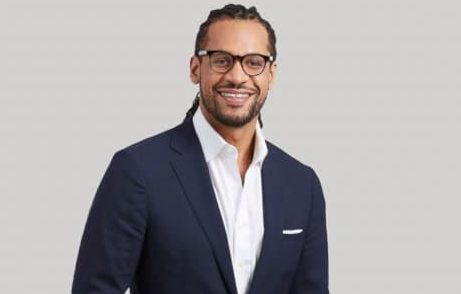 Zachary T. Kiesch is an American media personality serving as abc News correspondent based in New York. He previously served as a reporter for Fox 5 (WNYW-TV New York) and an editor for Today Show.

He graduated from the University of Ohio with a Bachelor of Arts degree in Broadcast Journalism with a minor in Sport Management.

Zachary is the adopted son of Manfred and Carol Kiesch. His biological parents are unknown. In 2018 during mother’s day he posted a picture of his mothers thanking her for adopting him after the adopting agency labeled him a “hard to place” kid.

When the adoption agency called and said they had a “hard to place” kid you didn’t flinch. You brought me home and believed in me. The arc of our relationship has been one of life’s greatest joys. And look what you guys did with the kid! Just for you — tonight I’m pulling out a box of wine and putting on some of that good Enya or Yanni that you like ? It’s an honor to be your son. I love you. Happy Mother’s Day!

He once said that his adoptive background and community had a role in defining race and identity to him. Since he grew in Delano, he was one of the few Black people there.

“In Delano, I confronted some amazing things, and also confronted things like race and identity that were really challenging. The foundation of who I am is Delano and the people who have given me love and support along the way . . . There were always people in Delano who helped me and encouraged me.”

He has a sister known as Logan Kiesch. She graduated from the University of Wisconsin- River Falls and has a master’s degree from Saint Mary’s University.  She is a teacher at Orono Public School. She previously taught at St. Paul School District and at Chanhassen Elementary Schools as a first-grade teacher.

She is married to Kyle Hoegh who is a research scientist at MnDOT. The couple has two children; a son and a daughter.

Zachary keeps his personal life very private. There is no public information regarding his marital status.

Where Did Zachary Kiesch Play Football

Zachary played football for Ohio Bobcats as a defensive end in 2005. He played for just one season before he suffered ACL injuries and required reconstructions. This derailed any chances of continuing to play football and costed him a scholarship to Baylor. His mother encouraged him to pursue a career in sports journalism.

Zachary is a correspondent at ABC News based in New York.  He joined the network in January 2018.  During his tenure, he has done some of the network’s groundbreaking coverage. He has covered civil rights, race, criminal justice reform and housing issues among other things.

Prior to joining ABC News, he was a reporter for Fox 5 (WNYW-TV New York) for two years where he covered some of the biggest stories such as the terror attacks in Chelsea and lower Manhattan, Pope Francis’ first visit to America and the 2016 Presidential election. In 2016 he earned an Emmy nomination for his report on the relationship between communities of color and the police.

He began his career as the director of media and PR for the Southern Ohio Copperheads and a multimedia instructor at Vanderbilt. He also covered sports for the U.S. Virgin Islands at a CBS affiliate for two years.

He later moved to Wahington, D.C. where he worked as a surfing couch while looking for a broadcasting job. He later got an entry-level news position as on Craigslist. The company has the courier and mailroom contract for NBC News, and Zachary was assigned to drive around correspondents and their equipment. He got the opportunity to drive Tom Costello who engaged him in a conversation and Zachary told him his goal which led him to walk Zachary up to NBC and he got a job as an editor and producer for Toda Show. This landed him his first on-air assignments. In 2015, he moved to New York where he worked for the Fox affiliate WNYW for over two years.

Kiesch’s actual salary is unknown but the average salary of ABC news correspondents as per Paysa is $106,562.