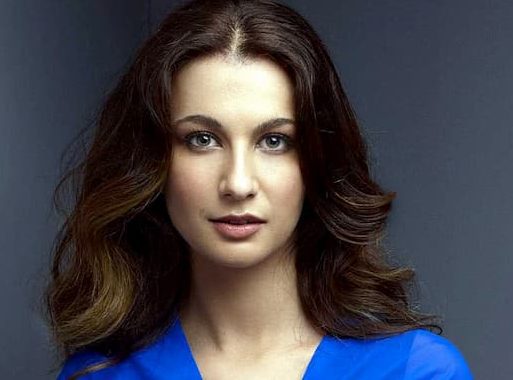 Yalda Hakim is an Afghan-Australian media personality and documentary maker working as a presenter for BBC World News. Her documentaries and reports can also be seen on the BBC News Channel and on BBC Two’s Newsnight. She  previously worked as a  presenter of SBS Dateline in Australia.

She was born in June 1983 in Kabul, Afghanistan.

Hakim attended Macarthur Girls High School in Parramatta, Sydney and  also  Parramatta West Public School. She then joined Macquarie University where she earned a Bachelor of Arts in Media. In 2005, Hakim obtained a Diploma in Journalism at Macleay College, Sydney, and graduated with a journalism degree via distance education from Monash University in 2007.

Yalda was Born in Afghanistan. Her family fled Afghanistan during the Soviet–Afghan War when she was six months old. The family travelled on horseback overland to Tajikistan with the help of people smugglers. After two years in Tajikistan, the family settled in Australia as migrants in 1986, when she was three years old.

Her father studied  architecture in Czechoslovakia while her mother was a nurse. They met when her father, a young tutor, taught Maths to his future wife.  Talking of her parents in an interview, Hakim said” The one thing my parents really instilled in us is an awareness of the huge opportunity we had growing up in Australia. They made sure we had the right education… and kept our focus.”

Hakim was brought up alongside her elder brother and sister. She hasn’t revealed any further information about them.

She is married to Abed Rashid, an avionics engineer who also worked for eight years in Royal Australian Air Force. The couple had a long-distance relationship as they both resided in different countries because of their work They have  a son together.

Hakim  joined BBC in 2012 after she got approached by BBC in Brisbane. She  first appeared in BBC World News based in London as a presenter and correspondent followed by BBC News Channel in 2013.She made her on-screen debut in March 2013 presenting a special three part series of Our World entitled, Iraq: Ten Years On. Hakim also   interviewed Hamid Karzai, the President of Afghanistan and travelling with him to Pakistan for talks with President Asif Ali Zardari and Iran’s leader Mahmoud Ahmadinejad about peace in the region. .She occasionally appeared on the TV Show Impact and later became the presenter of the show in late 2014  which airs on BBC World News on weeknights at 9pm.

Prior to joining BBC World News, Yalda was also  the presenter of SBS Dateline in Australia where she investigated  in Afghanistan’s Kandahar province and also reported  from Libya during the Arab Spring. In March 2012, Hakim was the first western journalist to visit one of the villages in Afghanistan’s Kandahar province, where US soldier Staff Sgt Robert Bales is alleged to have shot and killed Afghan civilians.

Hakim’s report “Anatomy of a Massacre” traced the steps of the rogue soldier to help shed new light on the events of that night. It made headlines around the world, particularly in the United States, with extensive coverage across the major news networks. She was also on the ground in Libya as the people fought for freedom from Gaddafi’s rule, and reported on the resulting refugee crisis in Tunisia as thousands fled the conflict.

She presented Dateline from a range of locations including from Ground Zero in New York as the world marked ten years since the 9/11 terror attacks; from the streets of Juba, South Sudan, as thousands celebrated the new country’s independence, and from Afghanistan ten years into the US-led invasion, where she interviewed a failed suicide bomber in one of the country’s most notorious prisons.

In July 2018, Yalda established the Yalda Hakim Foundation, in partnership with the American University of Afghanistan (AUAF).The foundation aims at providing  scholarships to young Afghan women who have the merit but not the means to pursue higher education. The  scholarship ensures access to mentorship, internships and training programs for the young women, facilitating their success in and beyond the classroom

Hakim has an estimated net worth of £300 thousand.