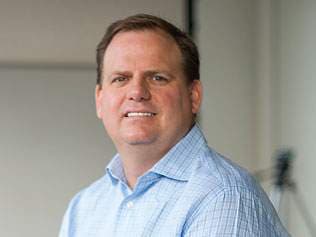 Wray Thorn is the chief investment officer at Sightway Capital, a Two Sigma company. He is the husband of Fox News’ Melissa Francis.

Wray Thorn Wife – Who is Melissa Francis Married To

Wray is the husband Melissa Francis who is a commentator for the Fox Business Network (FBN) and Fox News (FNC) and a former actress. She co-hosts After The Bell weekday afternoons with Connell MacShane. She is also an anchor of FNC’s Happening Now newscast. She is a regular panelist on FNC’s afternoon talk show Outnumbered. The couple got married in 1997.

Wray and Melissa have two sons, Thompson and Greyson Alexander, and a daughter, Gemma. They had their daughter via surrogacy as Francis has a hereditary condition called Factor V Leiden, which made it difficult for her to have children.

During an interview with Fox News Insider she said, “The genetic mutation caused high-risk pregnancies with both my sons and, after my doctor told me having more children was way too dangerous, we had our daughter Gemma with the shockingly generous help of a surrogate family.”

Thorn is a Methodist while his wife Melissa is a Catholic. During an interview with CBN News, Melissa said their children go to a Catholic school, and they also take them to a Methodist church every Sunday as a way to expose them to both belief systems.

Wray is the managing director of Sightway Capital, a Two Sigma company since 2012. According to their website, he leads the “company’s private investments and ventures businesses. He brings deep experience in identifying, financing, structuring, and investing in private investment transactions and management buyout transactions. He has been involved in buyouts, acquisitions, realizations, fundraisings and other principal transactions for more than $25 billion in aggregate.”

Prior to joining the company he served as a senior managing director with Marathon Asset Management, L.P., where he developed and led the company’s private equity business and a number of other new business opportunities, investor-related activities and capital formation initiatives. He also worked as a director with Fox Paine & Company, LLC and as a principal with Dubilier & Company, LLC.

His net worth is unknown but his wife has an estimated net worth of $8 million.

Does not work for George Soros. Two Sigma Investments was founded in 2001 by David Siegel, John Overdeck and Mark Pickard.

People speculated that Wray worked for George Soros after his wife Melissa Francis interjected former House Speaker Newt Gingrich who said that the money provided by Soros Soros was helping to fuel riots in multiple U.S. cities throughout the summer following the police killing of George Floyd in Minneapolis. Melissa interjected saying, “I’m not sure we need to bring George Soros into this.”

During an appearance on “Outnumbered” on Fox News on Wednesday, September 16, 2020 Gingrich said; “Progressive district attorneys are anti-police, pro-criminal, and overwhelmingly elected with George Soros’s money. And they’re a major cause of the violence we’re seeing because they keep putting the violent criminals back on the street. He paid for it. I mean, why can’t we discuss the fact that millions of dollars…” Gingrich said before co-host Marie Harf injected.