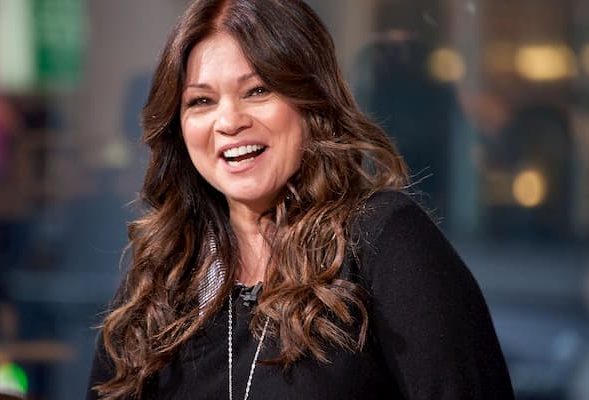 Valerie Bertinelli is a two-time Golden Globe award-winning American actress, television personality and chef. She hosts Valerie’s Home Cooking and Kids Baking Championship on Food Network. She is the first wife of guitarist Eddie Van Halen but they divorced in 2007.

She is the daughter of Nancy (née Carvin) and Andrew Bertinelli, a General Motors executive. Her father is of Italian descent and her mother is of English descent.

She has three brothers; David, Patrick and Drew. An elder brother, Mark, died at 17 months from an accidental poisoning before she was born.

Valerie married Eddie Van Halen on April 11, 1981 but the couple separated in 2001 and finalized their divorce on December 20, 2007. Eddie was a musician, songwriter, producer, and inventor. He was the main songwriter and lead guitarist of the American rock band Van Halen

Valerie revealed in her autobiography that she divorced Van due to his cocaine addiction and his refusal to quit smoking despite being diagnosed with oral cancer and losing one-third of his tongue in the treatment process.

Eddie died on October 6, 2020 at the age of 65 after a battle with throat cancer. His death was confirmed by his son Wolfgang who wrote;

“I can’t believe I’m having to write this, but my father, Edward Lodewijk Van Halen, has lost his long and arduous battle with cancer this morning. He was the best father I could ever ask for. Every moment I’ve shared with him on and off stage was a gift. My heart is broken and I don’t think I’ll ever fully recover from this loss. I love you so much, Pop.”

Bertinelli is married to financial planner Tom Vitale. The couple dated for seven years before tying the knot on New Year’s Day 2011. The couple was introduced by Valerie’s brother, Patrick, a Scottsdale resident in 2004 while she was there for a visit.

In 2010 during an interview with AARP Vitale said; “Val and I were coming from a tough time and wanting to move on but didn’t want to trust anyone. We just understood each other completely. My family is her family. It wasn’t love at first sight; it was family at first sight.”

Everyone wants to know if my wonderful husband Tom, cooks ?. Yes! I actually stole a few recipes from him! ? His “Espresso Rubbed Rib Eye” is one of my favorite dishes so, I put it in the cookbook! hehehe ❤️ • • • • • #valerieshomecooking #cooking #foodislove #❤️ #recipes #bertinelliestates #love #family

Bertinelli is a chef who began hosting two shows, Valerie’s Home Cooking and Kids Baking Championship with cake artist Duff Goldman on the Food Network in 2015. The kids show follows young children as they bake pastries and other desserts.