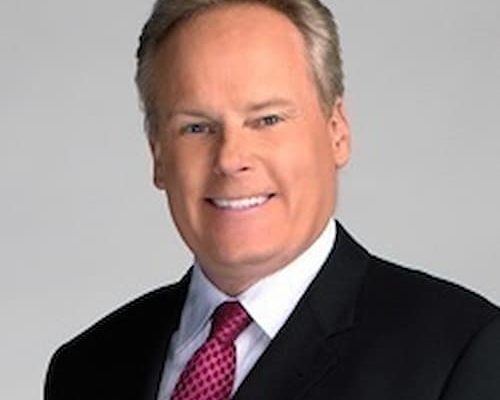 Tyler Chris Mathisen is an American media personality serving as a co-anchor of CNBC’s “Power Lunch” (M-F, 2 PM-3 PM ET). He is also the Vice President, Events Strategy for CNBC, and previously served as a writer, senior editor, and top editor for Money magazine as well as a  money editor for Good Morning America.

Tyler was born on 4 September 1954 in Virginia, United States.

Mathisen graduated with distinction from the University of Virginia.

Tyler is the son of Chris Mathisen and Mary Mathisen. His mother was an artist while his father was a former administrative assistant to four successive congressmen from Virginia’s 7th District. He also worked for the Washington Star newspaper as a reporter During World War II, he served in the Pacific as a naval officer and covered the Japanese surrender on board the USS Missouri for the Star and also served as an administrative aide for Burr Harrison, John O. Marsh Jr., J. Kenneth Robinson and D. French Slaughter Jr. He was a member of the National Press Club and the American Association of Political Consultants. He passed on on June 27 1998 at Sleepy Hollow Manor Nursing Home in Annandale due to prostate cancer at the age of 80.

He was the only child to her parents therefore he has no siblings.

Mathisen is married to Joanne LaMarca whois the daughter of Lynn Mirkin LaMarca.She is renowned as the producer of Daytime Emmy Award-winning talk show, Today with Hoda & Jenna and also serves as a co-host of the radio talk show, Sirius XM Radio Inc. She previously worked at CNBC as a field Producer in Fort Lee, New Jersey
Mathisen met Joanne at CNBC when she was working as a producer for one of his shows before becoming a senior producer at The Today Show.  The two started dating and later exchanged their marriage vows on June 7 2004 in an intimate event.

Tyler was previously married to Sally Russell who was an editor of Skiing Magazine. However, they divorced but the reasons for their separation are still a mystery.

Tyler and his wife have two sons, Ian and Mack.

Previously, Mathisen was co-anchor of “Nightly Business Report,” an award-winning evening business news program produced by CNBC for U.S. public television. In 2014, NBR was named best radio/TV show by the Society of American Business Editors and Writers (SABEW). Since joining CNBC, he has held a number of positions including managing editor of CNBC Business News, responsible for directing the network’s daily content and coverage. He was also co-anchor of CNBC’s “Closing Bell.”

Tyler has reported one-hour documentaries for the network including “Best Buy: The Big Box Fights Back,” “Supermarkets Inc: Inside a $500 Billion Money Machine” and “Death: It’s a Living.” and  was also host of the CNBC series “How I Made My Millions.”

Prior to joining CNBC, Mathisen spent 15 years as a writer, senior editor and top editor for Money magazine. Among other duties, he supervised the magazine’s mutual funds coverage, its annual investment forecast issue and its expansion into electronic journalism, for which it won the first-ever National Magazine Award for New Media in 1997.

In 1993, Mathisen won the American University-Investment Company Institute Award for Personal Finance Journalism for a televised series on “Caring for Aging Parents,” which aired on ABC’s “Good Morning America.”  He also won an Emmy Award for a report on the 1987 stock market crash that aired on New York’s WCBS-TV.