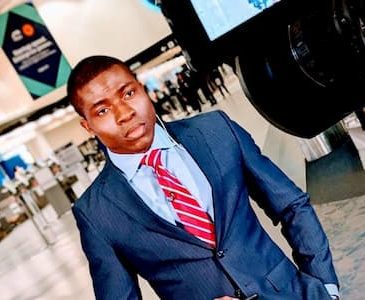 Tony Sadiku is an American media personality who served as a meteorologist at WSOC-TV Eyewitness News until October 2020.

He graduated from the University of Florida after studying Broadcasting and Meteorology. He also holds a master’s degree in Applied Meteorology from Mississippi State University.

53. A widow. Two jobs. 4 children. Every stumbling block you can imagine. And now, a Masters degree in Nursing from Florida Atlantic University. Words cannot describe how proud I am of my momma for this achievement. She continues to be my rock and my inspiration. #proudson #loveyamomma #Godisgood

Sadiku joined WSOC  in 2018 where he served as Eyewitness News meteorologist. He effectively communicated the weather story and engage with viewers across a variety of platforms including TV, radio, social media, and OTT. He announced his departure in October 2020.

After an incredible 2 years at WSOC, my time in Charlotte has come to an end. Thank you all for welcoming me so warmly to the Tar Heel State. Beginning next month, I will be returning to the Sunshine State to join the weather team at FOX13 in Tampa. I’m so grateful and blessed by all who’ve supported me and I’m excited for this next chapter. #GlorytoGod

Saturdays are for the boys