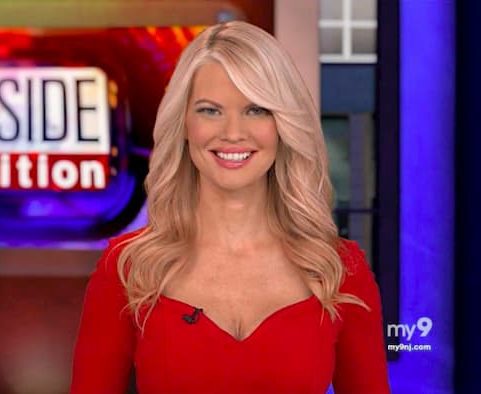 Diane Mclnerney is an American award-winning journalist who worked as a New York-based correspondent for CBS Television Distribution’s Inside Edition, as well as the anchor of Inside Edition Weekend.

She stands at a  height of 5 feet and 6 inches

Diane attended a private Catholic high school and then joined  St. John’s University where she graduated with a degree in communications.

Diane has not revealed the name of her parents but she said her father is a carpenter ay Macy’s. She added that her parents came from large families (her father is one of 13, her mother of 15) and summers were spent on her grandparents’ farm in Ireland where she, along with her dozens of cousins milked cows, fed chickens and cleaned up after the pigs.

Diane is not married as of 2020 but was previously married to Edward Palermo.

McInerney was married to Edward Palermo, a Long Island Criminal Lawyer. He is a partner at Palermo Law.

Diane is a mother of two daughters Olivia and Ava, who she shares with her ex-husband, Edward Palermo.

Diane got engaged to singer-songwriter Don Felder in January 2020 but they called the engagement off in August 2020 after their long-distance relationship became too difficult.  Don is a Rock & Roll Hall of Famer with his former band the Eagles. In 2019, Felder wrote a song for McInerney titled “Falling in Love Again.”

Don was married to Susan Pickersgill from 1971 until separating in 1999 and subsequently divorcing. They have four children together: sons Jesse and Cody and daughters Rebecca and Leah. Felder was also engaged to real estate agent Kathrin Nicholson but they called the engagement off. They share a child together.

Diane joined Inside Edition in 2003 as a correspondent and weekend anchor.  She writes, coordinates, produces and reports on a wide range of stories from serious to the sublime. She has covered stories including the Wedding of Prince William and Catherine Middleton to an exclusive interview with the late Princess Diana’s former lover, James Hewitt. Diane also covered the Navy SEALs and endured their training routine.

Prior to working for CBS, Diane worked as a reporter for WNYW-TV, the flagship Fox station in New York City, covering live, breaking news stories for the station’s newscasts.

She also served as a weekend anchor and reporter for News 12 Long Island, covering breaking news stories and innovative features, including a thrilling flight with the famed Thunderbirds Air Force team. She received two Emmy nominations for Outstanding Crime Series while at News 12.

Previously, Diane was a weekend anchor and reporter for WFXL-TV, the Fox affiliate in Albany, Ga., where she covered the devastating floods of 1998 and presented a fascinating series taking viewers along as she learned to skydive.

Mcinerney left Inside Edition in 2020. Her cause of departure has not been revealed.

? “Kindness makes you the most beautiful person in the world, no matter what you look like. True beauty is the illumination of the soul.” #qotd #kindness #bekind #love #gratefulheart ?