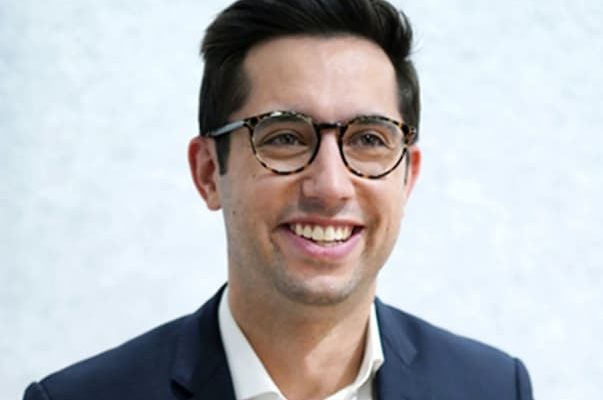 He graduated from George Washington University in 2011 with a Bachelor of Arts degree in political communication.

TJ is the son of Tommy Ducklo and Beth Ducklo. His father is the owner of Ducklo Eyecare in Nashville and his mother is a teacher.

He is not married but is in a relationship with Alexi McCammond, an Axios national political reporter covering progressives in Congress, the progressive movement, and Vice President Kamala Harris.

TJ and Alexi McCammond began dating in November 2020. They met while Alexi was covering Joe Biden’s presidential campaign in 2019 and 2020 and Ducklo was then Biden’s press secretary. When they met Ducklo was single but Alexi was in a serious relationship as she had gotten engaged in June but things changed.

Their relationship was first reported by People in February 2021. Ducklo said that when they realized they both felt the same way they were really happy and wanted to do it the right way which meant telling their bosses.

Alexi told her editors about the relationship in November and asked to be taken off the Biden beat. She was reassigned to covering progressive lawmakers in Congress and progressives across the U.S. as well as Vice President Kamala Harris.

Alexi said; When my personal life had the potential to interfere with my work, I didn’t think twice about sharing my happiness in November with Axios that I’d found someone in TJ who shows up for me in a way I’d only hoped for. Switching beats was an easy decision thanks to my Axios [family], who had my back in November and know just how lovely it is to find someone who cares deeply about you.”

Ducklo said they keep their personal relationship and work separately; “We keep it totally separate. I don’t know what she’s working on and she doesn’t know what I’m working on. It means a lot of calls in hallways, in bathrooms and while one of us is walking her dog.”

Ducklo is not gay, he is in a relationship with Alexi McCammond.

He had prior experiences in politics as he had worked as a research and staff assistant for James Carville and Mary Matalin from 2010 to 2011. He was also a campaign volunteer for Karl Dean for Nashville Mayor in 2007. Ducklo also interned in the U.S. Senate in 2008.

Prior to joining Joe Biden’s campaign, he served as senior communications director at NBC News for a year. He also worked as communications lead and advisor to the chairman for Washington 2024. He was also a producer and in communications for Showtime’s political documentary “The Circus: Inside the Biggest Story on Earth.” (2017-18)

In December 2019 TJ announced that he had been diagnosed with metastatic lung cancer.

“Some upsetting news to share & explanation for why I’ve been MIA recently: after a bunch of tests, I’ve been diagnosed w/ metastatic lung cancer. Which sucks a lot. I’m starting treatment Monday, & my doctors — who have been incredible — believe we can get this into remission.”

Ducklo revealed that he began to experience health issues in the fall of 2019 when he developed a cough that never went away. He had night sweats, he lost weight. The week before the fifth debate of the primary season, he spiked a fever and canceled plans to attend a friend’s wedding. But then he packed his bags and flew to Atlanta for the debate.

While sitting in the war room he noticed an unusual sensation in his throat and when he coughed he tasted blood. He later went to urgent care and had a chest x-ray. They told him it was clean. But a few days later, he noticed a small bump on the left side of his thigh. It wasn’t a good sign—a year earlier, his mother had been diagnosed with a cancerous lipoma.

He had an MRI but the doctors concluded the lipoma was harmless, they explained that his MRI had identified some spots on his pelvis. They might indicate a minor infection, but it could also be lymphoma, or something worse, lung cancer. A week after the tests the diagnosis was determined as stage 4lung cancer.

The doctors told him the form of cancer he had could be treated by “targeted” chemotherapy, which attacks specific genes in cancer cells. The treatment wouldn’t cure him. But with luck, it could drive the cancer into remission and allow Ducklo to go on with his life while managing the cancer as a chronic disease.

On February 12, 2021, Vanity Fair published a story alleging that TJ Ducklo lashed out at Politico journalist Tara Palmeri and issued threats as she was covering his romantic relationship with Alexi McCammond.

According to Vanity Fair, the confrontation began on January 20, 2021, the Inauguration Day, after Palmeri, contacted McCammond for comment while one of her male colleagues left a message for Ducklo.

Ducklo subsequently called a Playbook editor to object to the story but was told to call the Playbook reporters with his concerns. But instead of calling the male reporter who initially contacted him, Ducklo tried to intimidate Palmeri by phone in an effort to kill the story. “I will destroy you,” Ducklo told her, according to the sources, adding that he would ruin her reputation if she published it.

During the off-the-record call, Ducklo made derogatory and misogynistic comments, accusing Palmeri of only reporting on his relationship because she was “jealous” that an unidentified man in the past had “wanted to fuck” McCammond “and not you.” Ducklo also accused Palmeri of being “jealous” of his relationship with McCammond.

On February 12, 2021, White House press secretary Jen Psaki said that TJ had been suspended for one week without pay after a Vanity Fair story revealed Ducklo had threatened a reporter who was working on a story about his romantic relationship with another reporter.

Psaki said in a statement that Ducklo had apologized to Palmeri over what Psaki described as a “heated conversation about his personal life.”

“TJ Ducklo has apologized to the reporter, with whom he had a heated conversation about his personal life. He is the first to acknowledge this is not the standard of behavior set out by the President. In addition to his initial apology, he has sent the reporter a personal note expressing his profound regret. With the approval of the White House Chief of Staff, he has been placed on a one-week suspension without pay. In addition, when he returns, he will no longer be assigned to work with any reporters at Politico.”

TJ Ducklo has apologized to the reporter, with whom he had a heated conversation about his personal life. He is the first to acknowledge this is not the standard of behavior set out by the President.

On February 13, 2020 TJ announced that he was resigning from his post as the White House Deputy Press Secretary after the report that he threatened a reporter, Tara Palmeri who was pursuing his romatic relationship with Alexi McCammond.

He posted a statement on Twitter confirming his resignation.

“No words can express my regret, my embarrassment, and my disgust for my behavior. I used language that no woman should ever have to hear from anyone, especially in a situation where she was just trying to do her job. It was language that was abhorrent, disrespectful, and unacceptable. I am devastated to have embarrassed and disappointed my White House colleagues and President Biden, and after discussion with White House communications leadership tonight, I resigned my position and will not be returning from administrative leave.”

My statement on resigning from the White House. pic.twitter.com/3Jpiiv75vB

“We accepted the resignation of TJ Ducklo after a discussion with him this evening. This conversation occurred with the support of the White House Chief of Staff. We are committed to striving every day to meet the standard set by the President in treating others with dignity and respect, with civility and with a value for others through our words and our actions.”