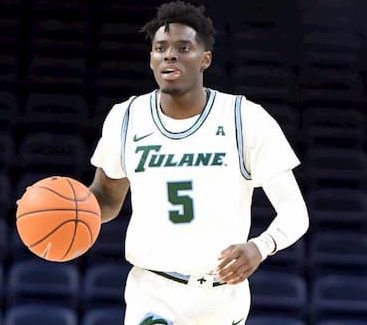 Teshaun Hightower is an American basketball player who plays college basketball at Tulane University. He previously played at the University of Georgia for two seasons. In April 2020 he was arrested and charged with murder and possession of a firearm.

Hightower was born on November 21, 1998 in Lithonia, Georgia, United States.

Hightower stands at a height of 6 feet 5 inches tall.

Teshaun attended Mt. Zion Prep School in Baltimore where he played the 2016-17 season. He averaged 19.6 points, 6.2 rebounds and 7.0 assists for the Warriors. He was also named Mt. Zion’s MVP after leading the team to a 25-10 overall record

Teshaun transferred to Tulane University for his junior year.  He averaged 15.9 points and 4.6 rebounds for the Tulane Green Wave. He was the leading scorer for the team. He was however dismissed from the college after his arrest in connection with Devante Anthony Long murder.

On April 2020 Teshaun revealed on his Instagram that he was going to enter his name into the 2020 NBA draft.

“I would like to thank God for this opportunity to play the game I love and have the privilege to play. I want to thank my family, coaches, and teammates/brothers for going to battle with me every day throughout this past year. A huge thank you to Green Wave nation for accepting me into such a prestigious family. With that being said, I will be entering my name in the 2020 NBA draft while maintaining college eligibility.”

Who is it that overcomes the world? Only the one who believes that Jesus is the son of God. 1 John 5:5 ??

Hightower is one of the six men who were subjects in the homicide investigation of Devante Anthony Long who was shot just before 11 a.m. ET on April 8 and later died at a hospital. On April 24, the Henry County Police Department released the names and pictures of six individuals that were under investigation for Long’s murder.

According to the arrest warrant the police accused Teshaun of being the shooter when the group of six men confronted Devante Anthony Long in a breezeway. Long’s girlfriend allegedly saw Hightower with the gun and heard gunshots.

“(The woman) said Teshaun pulled out a turquoise and black handgun out of his pocket. (She) ran into the apartment and hid behind the wall next to the door,” the warrant states.

Teshaun Hightower’s attorney, Averick Walker, said that Hightower was innocent and that its his brother who fired the gun in self-defense.

“He’s innocent. He didn’t shoot anybody. It’s sad that this detective sought to make him out to be a monster and he’s not. When it’s all said and done, it will come out in the wash that the person who did fire the gun shot the gun to protect Teshaun.

Teshaun’s brother actually fired the weapon and fired in self-defense. The victim came out of the house with a gun in his hand and turned his weapon toward Teshaun to shoot him. That’s why the victim was shot himself.”

Hightower was arrested on April 25, 2020 and is being held in the Henry County Jail without bail and has been charged with felony murder, aggravated assault, possession of a firearm during the commission of a felony and battery.

Who is it that overcomes the world? Only the one who believes that Jesus is the son of God. 1 John 5:5 ?? 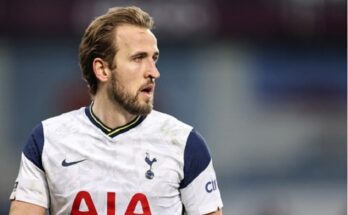