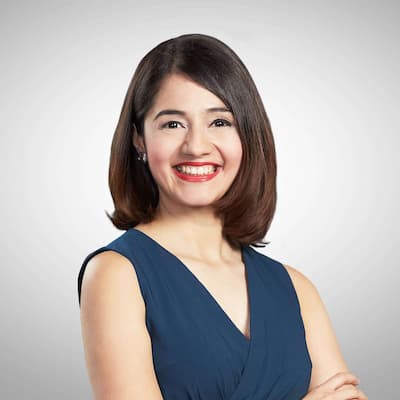 Tanvir Gill is an Indian media personality serving as an anchor and reporter for CNBC and based in  Singapore.She co-anchors CNBC’s Street Signs Asia and previously served as an anchor at ET Now as well as an anchor on CNBC-TV18, CNBC’s India based affiliate and also had a brief stint with Gaon Connection.

Tanvir earned a degree in commerce from Jesus Mary College & MBA in finance from Delhi University.

Gill was born into a navy family in India. However she hasnt revealed any further datails regarding her parents but she revealed  that her parents have played pivotal roles in her life.

No information regarding her siblings is available since she has kept her family life off the public eye.

Gill has kept her love life off the limelight and she has not publicly come out on whether she is dating,married or single. Its also not known whether she has any kids.

Gill joined CNBC in February 2019 and currently serves as the co-anchor of CNBC’s Street Signs Asia and based in Singapore. The programme follows the day’s biggest moves to provide viewers with actionable, real-time insights. From the anchor desk to the trading desk, the show helps viewers to capitalize on the plays of the day.

She has interviewed some of the new generation entrepreneurs at the maiden Goldman Sachs Builders & Innovators Summit in Ningbo, China where she analyzed the key trends to focus on in the ever evolving start up ecosystem in Asia. Gill also covered the 2019 Indian general elections live from Mumbai & Delhi where she spoke to investors, businesses & policy makers on the country’s economic & investment potential. Tanvir led CNBC’s coverage of the 34th ASEAN Summit in Bangkok, Thailand where she reported on the RCEP deal & its future with the Prime Minister of Malaysia, Dr Mahathir Mohamed and Indonesia’s Trade minister, Enggartiasto Lukita.

Prior to joining CNBC, Gill was an anchor at ET Now, India’s leading business channel of The Economic Times. During her stint, she also covered big events like the Brexit vote in London in June 2016, PM Modi’s maiden visit to the UK in Nov 2015 and the G20 Summit in Antalya Turkey in 2015. She was an anchor on CNBC-TV18, CNBC’s India based affiliate.