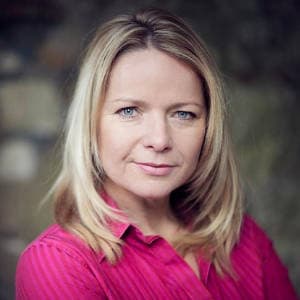 Streeter is an American media personality working as an anchor correspondent for the BBC, presenting business news across a variety of shows including World Business Report, Business Matters, BBC Breakfast, Newsnight and the BBC Budget Programme.  She previously worked for CNN, Sky, the New York Times, the Telegraph and the Daily Mail.

Susannah Streeter was born in May 1973, in Wiltshire, England as Susannah May Streeter. However, her exact date of birth is unknown.

Susannah went to Wellsway Comprehensive school in Keynsham, Bristol .She then attended Aston University graduating with honors in French ,Government and Economics.

Susannah hasn’t revealed much information about her parents. According to a twitter post in July, it’s evident she has a sister. She posted a photo of her parents with a caption,
“So last year my parents went backpacking round Italy, this year they have made it as far as my sister’s back garden. Good to see the head torch is still being put to good use! They deserve a full English breakfast”

She has three children whose names are unidentified.

Susannah serves  as an anchor, correspondent and presenter for nearly 18 years at BBC . During her time with World Business Report on the BBC World Service and BBC World TV, she delivered breaking stories and gained insight into unfolding economic events from entrepreneurs, economists and analysts.

Prior to covering an international news agenda, Susannah was a regular face on BBC One’s Breakfast, reporting live from across the UK and Europe. She has also reported for the consumer affairs programme Working Lunch and the BBC’s Budget coverage, Newsnight, the Today Programme and the BBC News Channel

Prior to  joining the BBC, Susannah worked in first print and then radio news, including time at Radio France International and the French regional newspaper Ouest France. She then took a position at Channel One TV as one of the UK’s first video journalists. She also produced  documentaries for ITV Meridian, focused on crime reporting and military deployment. Susannah also covered the 1997 general election campaign.

Between 1997 and 2007 Susannah served in the Royal Auxiliary Air Force, joining 7644 Squadron, a media operations unit, where she rose to the rank of Squadron Leader and represented UK reserves at NATO’s CIOR Congress (Confédération Interalliée des Officiers de Réserve).

Susannah Streeter regularly hosts corporate events in both French and English, focused on international business themes and challenges. She is an experienced moderator and speaker having worked on a huge range of events and speaking engagements.

In August 2020, Susannah Streeter joined Hargreaves Lansdown, an  FTSE 100 investment firm based in Bristol as a Senior Investment & Markets Analyst, using her well-honed skills to give expert analysis and commentary for TV, Radio, online and print. She engages in various topics, including shares, financial markets and economics.

Her estimated salary is not known.