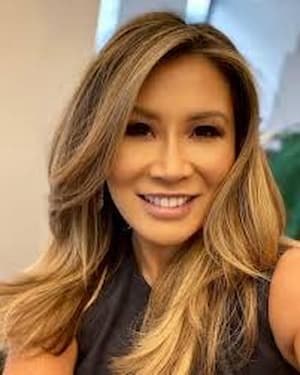 Susan Li is a Canadian media personality working as a correspondent for Fox Business Network. She previously worked at CBC as an associate producer and a freelance reporter and also worked at CCTV, Bloomberg Television and CNBC.

Li stands at an average height of 5 feet 6 inches tall.

She is a Canadian.

She belongs to the Chinese ethnicity.

Susan graduated with a degree in economics from the University of Toronto. She talks English, Cantonese and Mandarin.

Li was born in China and grew up in Toronto, Canada. Her mentor was her mother, who raised a family on her own in Canada after immigrating from China. In a question and answer interview, Susan revealed that her mother was tough but and hardworking. “My Mom was definitely tough, but I know she meant well. For example, on Saturday mornings when my schoolmates were outside playing soccer at 9, I was inside taking Chinese language classes for three hours. Of course, those Chinese language skills ended up helping me later in life when I worked in Beijing as a news correspondent. My Mom demonstrated a non-stop work ethic. She was a single mother and she raised four kids on her own. She worked seven days a week for ten hours each day in the garment industry sewing dresses. She slept four hours a night.

Susan was brought up alongside her three siblings but she hasn’t revealed any further information regarding them.

Li has kept her life away from the public eyes and as a result, there isn’t much information about her private life and that includes her romantic relationship. Some reports state she was married while in China. Others say that she is in a relationship and has a boyfriend in the US but Susan has never confirmed all these rumors. It’s also not known if she has any kids.

Susan joined the FOX Business Network (FBN) as a business correspondent in January 2019 and covers breaking financial news based out of FBN’s headquarters in New York. Throughout her tenure with the network, Li has interviewed some of the most prominent names in business and economic policy, including Apple CEO Tim Cook, Canadian Prime Minister Justin Trudeau, Quibi CEO Meg Whitman and Uber CEO Dara Khosrowshahi. She led reporting from Hong Kong during the 2019 protests, also known as the Anti–Extradition Law Amendment Bill movement, in addition to leading reporting from the floor of the New York Stock Exchange as Uber, made its public market debut as the largest American IPO on the market since 2012.

Li joined Bloomberg Television in 2006 as host of the channel’s first primetime evening newscast in the Asia-Pacific region, Asia Business Tonight. She started hosting Bloomberg Edge and Morning Call in 2010. She hosted the First Up with Susan Li morning business show, where she focused on market openings across Asia, interviewed business leaders, and reported on top news stories from across the globe. She also hosted Asia Stars, which had the distinction of largely being filmed onboard Hong Kong’s famous Star Ferry as it crossed Victoria Harbour and was also a co-host of Asia Edge, which featured more extensive interviews and news coverage.

In 2014, Li joined CNBC Asia as co-anchor of Asia Squawk Box (ASB) alongside Martin Soong in Singapore before that program moved to Hong Kong on 31 March 2014. She also hosted First Class – CNBC International’s luxury travel show. At the APEC Summit in Beijing in 2014, Li held the session on stage after Russian Prime Minister Vladimir Putin and before US President Barack Obama’s address. In May 2014, she interviewed Indian Finance Minister P Chidambaram and Bank of Japan Governor Haruhiko Kuroda at the Asian Development Bank’s annual meeting in Kazakhstan and Azerbaijan and has also covered the World Economic Forum in Davos Switzerland.

On 10 September 2015, Li left CNBC Asia to join its London-based sister network CNBC Europe. She was a co-anchor of Worldwide Exchange along with Wilfred Frost and Carolin Roth through 31 December 2015. She last co-hosted the show from London and also on location throughout Asia and Europe. She then joined CNBC in January 2016 as a correspondent and a relief presenter and has interviewed Canadian Prime Minister Justin Trudeau, Robert de Niro, Nobu Matsuhisa, and Jet Li.

Susan also served as an anchor at China Central Television’s CCTV International, the network’s English language channel. Broadcasting from Beijing, Li led the primetime world news broadcasts, hosted Biz China, the business news recap, and also was a news editor. While at CCTV she interviewed Venezuelan President Hugo Chávez, LVMH’s Bernard Arnault, and professional basketball player Yao Ming. She also worked at the Canadian Broadcasting Corporation, where she contributed in various roles including associate producer and a freelance reporter for both radio and television.

She has an estimated net worth of $ 1 million.