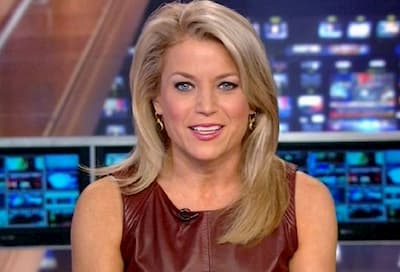 Susan Hendricks is an American media personality working as an anchor for CNN based in CNN’s world headquarters in Atlanta. She  anchors  HLN’s  Weekend Express and also  occasionally appeared on CNN Pipeline, CNN.com’s on-demand broadband news service and previously worked for KESQ in Palm Springs as  a field reporter.

Susan attended the Hun School of Princeton in Princeton, New Jersey before joining Arizona State University where she graduated with a   bachelor’s degree in mass communications .

Susan is the daughter of William John Hendricks and Marie Hendricks .Not much is known about her parents.

She was brought up alongside her sister Lynn.

Susan  is married to Joe Carter a  former HLN and CNN sports anchor . The duo  is involved in multiple business and philanthropy endeavors. She was previously married to  Robin Fowler,  an anesthesiologist but their relationship ended in a divorce.

Hendricks and her husband have a son, Jackson Patrick Carter, born in 2016 and  also has a daughter, Emery, from a previous marriage.

She joined CNN Headline News where she anchored the weekend and primetime news shows as well. She covered breaking stories and  also acted as an entertainment correspondent. While at CNN, she also anchored a CNN interactive news site on CNN.com . In March 2019 she became the  anchor of HNL’s live news program Weekend Express.

Among her many assignments at HLN, Hendricks recently reported and anchored “Cold Case? The Delphi Murders,” an investigative special covering the homicides of teenagers Abigail Williams and Liberty German, which resulted in a surge of nearly 1,200 tips to law enforcement. In December 2018, she co-hosted the special “Targeted: Women-Combating Violence Against Women,” and earlier interviewed survivors of sexual assault Aly Raisman and Kyle Stephens, who spoke out against convicted serial molester Larry Nassar. Additionally, Hendricks has appeared on CNN’s AC360 providing news updates for five years.

Prior to joining HLN, she  served as a morning show anchor at NBC affiliate station WMIR-TV, Palm Springs, CA. and earlier was a reporter at ABC affiliate KESQ-TV, Palm Springs. She was also  part of an interactive news channel on DIRECTV in Atlanta .