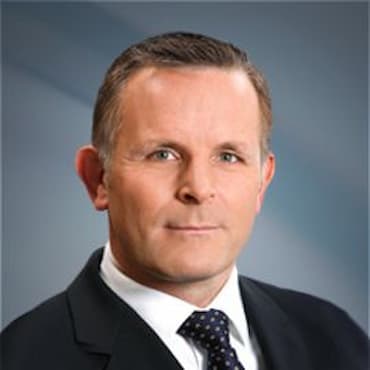 Steve Sedgwick is an English media personality working for CNBC Europe in London. He co-anchors CNBC Europe’s breakfast news programme Squawk Box Europe and also serves as CNBC’s OPEC reporter. He previously served as a contributor to the Wall Street Journal Europe and also worked for the UK Press Association on the City desk and at Dow Jones on the European Markets desk.

His age and place of birth are not available.

Steve studied politics at the University of London, with a focus on world economic development, IMF, World Bank and WTO and journalism at the National Council for Training Journalists.

Steve has kept his family life off the limelight and thus he hasn’t revealed any information regarding his family background and parents. It’s also not known if he has any siblings.

Sedgwick is married but he has not revealed the identity of his wife, how they met or when and where they exchanged their marriage vows. On Sep 21, 2015, he posted a tweet with a caption, “Great, I’ve also noticed my wife can now see wherever me and my #ipad are with the ‘find friends’ function. Sneaky!”

Sedgwick currently co-anchors CNBC’s flagship program “Squawk Box Europe” having spent nearly three decades in and around financial markets, first as a trader and then as a journalist He is also CNBC’s OPEC reporter, covering major meetings and interviewing top OPEC oil ministers, non-OPEC ministers and heads of bodies such as the IEA and EIA.

He has attended high levels international events for CNBC for over a decade including key G7, G8 and G20 meetings, as well as the St Petersburg International Economic Forum in Russia and the World Economic Forum in Davos, where he also routinely moderates key panels on a host of subjects. Steve also led our coverage of the COP21 climate change talks in 2015. In 2014 Steve was on the ground for CNBC in Kiev, Ukraine during the Russian annexation of Crimea and interviewed key players, including the President and Prime Minister of Ukraine throughout the conflict.

Prior to joining CNBC, Steve worked for the UK Press Association on the City desk and at Dow Jones on the European Markets desk. At Dow Jones, Steve regularly broke market-moving stories and was a contributor to The Wall Street Journal Europe.

Before his career in journalism, Steve spent 11 years trading in the financial markets, specialising in equity and bond market derivative products. In 1988, he joined Dresdner Kleinwort Wasserstein (formerly Kleinwort Benson Securities) and worked as an equity options market maker before moving on to Credit Lyonnais where he became Head of the London option market-making team on Liffe.

His annual salary is not available.

His estimated net worth is not known.