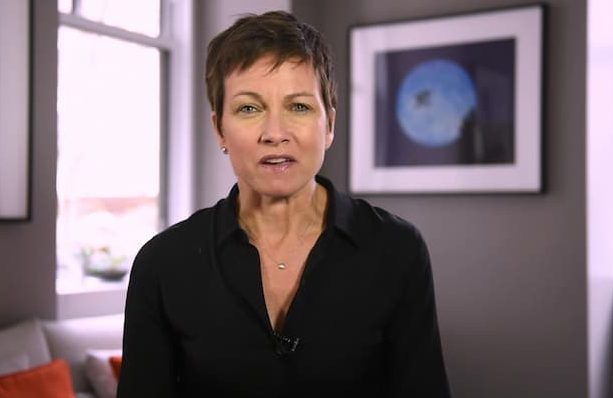 Stephanie Gosk is an American media personality serving as an NBC News correspondent. She is a regular contributor of NBC Nightly News, Today, and MSNBC.

She graduated with a Bachelors degree in Economics from Georgetown University. She also joined the Peace Corps for some time.

Gosk came out as gay in 2013 when together with her partner, Jebba Wolfe, announced that they were gay and had been dating for three years and were expecting a baby.

She has not revealed any information regarding her family.

Stephanie has no husband as she is openly gay.

Stephenie is in a relationship with Jenna Wolfe, the couple began dating in 2010 and got engaged in 2013. Jenna is also a media personality who serves as a co-host of FIRST THINGS FIRST on Fox Sports. She has a vast knowledge of sports as she has an extensive background in sports broadcasting. She worked as a sports reporter at WABC New York for three years (2004-07), following two years at MSG Network where she hosted the network’s flagship program “MSG SportsDesk.” In 2001, Wolfe became Philadelphia’s first female sportscaster on local broadcast television while at WPHL, following five years of sports reporting at various stations in upstate New York.

Prior to joining Fox Sports, she served as a correspondent on NBC’s “Today” show and an anchor on “Weekend Today” from 2007 to 2015. She also worked as the show’s first-ever fitness and lifestyle correspondent.

Who is Stephanie Gosk Married to

It is not clear whether the couple got married, but she has got engaged to Jenna Wolfe in 2013.

Gosk together with her partner has two daughters; Harper Estelle Wolfeld Gosk born on August 21, 2013 and Quinn Lily Wolfeld-Gosk born in February 2015. The couple got their kids through artificial insemination and has kept the identity of the sperm donor private.

During an interview, Wolfe said she was more open about the decision-making process behind who would carry their child among her and Gosk.

“We rock-paper-scissored it. I won 34-31, so I’m carrying the baby. We are almost three years into our relationship and it felt like the right time. It was more a product of where we were in our relationship.”

Stephanie works as an NBC News correspondent working for the Investigation Unit. She is a regular contributor of NBC Nightly News, Today, and MSNBC. She joined NBC in 2006 working as their London correspondent. During her tenure there she covered the Osama Bin Laden death, the Sochi Olympics and LGBTQ issues that had arisen in Russia. In 2012 she returned to the United States.

She began her career in journalism as an off-air news producer and desk assistant in the ABC news. She later served as the producer of ABC News in Boston, Massachusetts. She helped produce major news stories, especially for the 2000 presidential election.

Her actual salary is unknown but according to Paysa the average salary of NBC News correspondent is up to $105,353.

She has an estimated net worth of $ 2 million.