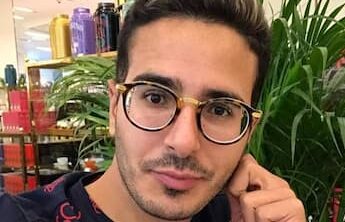 Simon Leviev whose real name is Shimon Hayut is an Israeli conman who is the subject of Netflix’s documentary, Tinder Swindler. He posed as the son of a diamond billionaire and LLD Diamonds CEO, Lev Leviev.

Simon’s real family is unknown as he has been posing as the son of Israeli diamond tycoon Lev Leviev. he was born in Bnei Brak.

Simon pretended to be the son of LLD Diamonds CEO, Lev Leviev so as to con women online. Lev Leviev is the CEO of LLD Diamonds, a high-end diamond jewellery boutiques around the world, and large jewellery chains in Europe. Lev’s parents Avner and Chana Leviev, were prominent in the Bukharian Jewish community in Samarkand, Uzbekistan. His family moved to Israel in the seventies when he was 15, where he started in the diamond trade as an apprentice at a polishing plant and then established his own plant.

In 1992 he moved to Russia and took over jewellery factory, Ruis Diamonds Ltd. In 1989 he began to expand to Eastern Europe after the fall of the Soviet Union.

In a statement to Newsweek, a spokesperson from LLD Diamonds said: “LLD Diamonds has been a well-regarded leader in the diamond industry for three decades. Our company has no connection whatsoever with Shimon Hayut.

He is a fraud who has tried to exploit our good name to con victims out of millions of dollars. Our sympathies go out to his victims. His fraud has also caused ongoing confusion about our company. Nothing he has said, about LLD or anything else, should be believed.

As soon as we learned of the fraud, we filed a complaint with the Israeli police, and we hope that Mr. Hayut faces the justice he deserves.”

Simon is alleged to be dating Polina, an Israeli model although there are no photos of her on his Instagram. It is also not clear when they began dating as Simon was released from prison in 2020. There are other sources that claim he is dating model Kate Konlin. This is because on his Instagram he only follows her and she follows her back. It is not clear what their relationship is.

Simon is the subject of Netflix’s true-crime documentary, The Tinder Swindler which is based on the real-life story of Cecilie Fjellhoy, Pernilla Sjoholm, and Ayleen Charlotte, all of whom claim to have been conned by Shimon Hayut.

Between 2017 and 2019, Simon posed as the son of Lev Leviev, the heir of LLD Diamonds and CEO of the company. He went on to trick his “girlfriends” and female “friends” into believing his enemies in the diamond trade were out to kill him and as a result, was able to defraud them out of thousands under the guise of needing protection. In total, he is believed to have conned Fjellhoy, Sjoholm and Charlotte, and many more victims, out of $10 million.

A day after the release of the documentary he wrote on Instagram that he would give his side of the story.

“Thank you for all your support. I will share my side of the story in the next few days when I have sorted out the best and most respectful way to tell it, both to the involved parties and myself. Until then, please keep an open mind and heart.’

In 2019 he was imprisoned in Israel after pleading guilty to fraud charges but was released after serving five months of a 15-month sentence, as part of a program aimed at reducing the prison population amid fears of a coronavirus outbreak among inmates.

According to The Times of Israel, prior to the arrest, he had fled to Europe twice to escape charges in Israel. In 2019, he was arrested in Greece for using a fake passport after a joint operation between Interpol and Israel Police and was extradited to Israel, after fleeing the country in 2017 to avoid trial for various fraud-related offenses.

During that period, he roamed around Europe, presenting himself as Simon Leviev, the son of Russian-Israeli diamond mogul Lev Leviev. He used the dating app Tinder to contact women as Leviev and tricked them into loaning him money that he never repaid.

He had previously been charged in 2011 in Israel with theft, forgery and fraud, for cashing stolen checks, but fled before sentencing. In 2017, he was convicted in Finland for defrauding women and was returned to Israel but fled the country again.