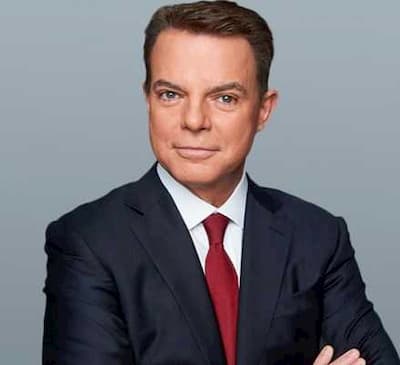 David Shepard Smith Jr. is an American media personality working  for NBC News and CNBC. He  serves as chief general news anchor and hosts The News with Shepard Smith. He previously worked  at Fox News Channel  as chief anchor and managing editor of its breaking news division.

Shepard was born in January 14, 1964 in Holly Springs, Mississippi, U.S

Smith attended Marshall Academy in Holly Springs. He studied journalism at the University of Mississippi, where he left two credits shy of a degree to take a reporter job in Panama City, Florida.

Shepard is the the son of Dora Ellen Anderson and David Shepard Smith Sr. His father was a cotton merchant while his mother  was an English teacher. His parents then  separated and he moved to Florida with his mum.

He was brought up alongside his brother Bento Smith.

Smith in a relationship with Giovanni “Gio” Graziano, a former Fox News business producer for several years and confirmed the relationship in April 2017. The confirmation also served as Shepard confirming that he is gay. “I don’t think about it,” he said. “It’s not a thing. I go to work. I manage a lot of people. I cover the news. I deal with holy hell around me. I go home to the man I’m in love with.”  Previously, Shepard was married to Virginia Donald from 1987 – 1993, but the couple did not haver any children. The two met at the University of Mississippi where they were both studying.

Shepard joined Fox News as  a correspondent for Fox affiliate service News Edge. He then  joined Fox News Channel at its inception in 1996. Here, Smith reported on the death of Princess Diana in 1997, President Bill Clinton’s 1998 impeachment trial, the 1999 Columbine High School massacre, the 2001 execution of Oklahoma City bomber Timothy McVeigh and Hurricane Katrina in 2005.

In 2003, The Fox Report with Shepard Smith was ranked third among the top five U.S. cable news programs and Smith tied for second with Dan Rather and Peter Jennings as the most-trusted news anchor on both network and cable news. On November 19, 2007, Smith signed a three-year contract for $7–$8 million per year. He renewed his contract with Fox on October 26, 2010 for another three years. On September 12, 2013, he became managing editor of Fox News breaking news division and the host of Shepard Smith Reporting.

On July 8, 2020, the business and economic news network CNBC announced Smith would join the network as chief general news anchor and chief general breaking news anchor. Smith serves as the host of The News with Shepard Smith, a primetime general news program that airs weekdays at 7:00 p.m. ET and launched on September 30, 2020. According to a CNBC press release, the program “[aims] to go beyond financial markets, ‘to tell rich, deeply reported stories across the entire landscape of global news.'” CNBC had previously aired a similarly-named program in the same time slot, hosted by Brian Williams and later John Siegenthaler, from 2002 to 2004.

Prior to working for Fox News and CNBC, Smith also worked with WJHG-TV in Panama City Beach, Florida , WBBH-TV in Fort Myers, WSVN in Miami and WCPX-TV (now WKMG-TV) in Orlando. He also appeared as himself in the 1997 film Volcano.

He earns an annual salary of around $15 million.

He has an estimated net worth of$ 25 million.