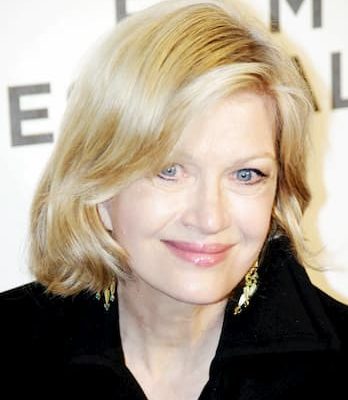 Sawyer attended Seneca High School in the Buechel area of Louisville. She  later joined Wellesley College in Wellesley, Massachusetts and graduated with  a Bachelor of Arts degree with a major in English .  She also  attended one semester of law school at the University of Louisville before turning to journalism.

Sawyer is the daughter of Jean W.  and Erbon Powers “Tom” Sawyer. Her father is   a county judge who was also a former US Navy captain during World War II while her mother was an elementary school teacher, Her ancestry includes English, Irish, Scots-Irish, and German. Soon after her birth, her family moved to Louisville, where her father rose to local prominence as a Republican politician and community leader. He was Kentucky’s Jefferson County Judge/Executive before  he was killed in a car accident on Louisville’s Interstate 64 in 1969. E. P. “Tom” Sawyer State Park, in the Frey’s Hill area of Louisville, is named in his honor.

Sawyer was brought up alongside her elder sister Linda Sawyer Frankel who was a fashion editor at Vogue Magazine in New York and later became an advertising executive in Miami.

Diane is married to Mike Nichols who was a film and theatre director ,producer and actor. The duo  met in the Concorde’s lounge in Paris. Nichols and Sawyer were married at Martha’s Vineyard on April 29, 1988, in a simple and intimate ceremony . Their marriage  lasted 26 years until Mike’s sudden death of a heart attack on November 19, 2014. Sawyer was previously  in relationships with Frank Gannon, aide to President Richard Nixon, as well as American diplomat Richard Holbrooke.

Mike on the other hand was previously married thrice,  first with Patricia Scott, a singer. The marriage lasted from 1957 to 1960. The second wife was Margo Callas, the muse of the poet Robert Graves. With her, he had his first daughter Daisy, and they were married from 1963 to 1974. He then married  Annabel Davis-Goff, an Irish writer and academic with whom she had two more children, Max and Jenny.

Diane joined  ABC News in 1989  to co-anchor Primetime Live newsmagazine with Sam Donaldson. From 1998 to 2000, she co-anchored ABC’s 20/20, also a newsmagazine, broadcast on Wednesdays with Donaldson and on Sundays with Barbara Walters.

On January 18, 1999, Sawyer returned to morning news as the co-anchor of Good Morning America with Charles Gibson. The assignment was putatively temporary, but her success in the position, measured by a close in the gap with front-runner Today, NBC News’ morning program, sustained her in the position for nearly eleven years.

In 2000, Sawyer returned as co-anchor of Primetime newsmagazine now called Primetime Thursday, with Gibson replacing Donaldson. Sawyer was the first to announce to the Good Morning America viewers that the first plane crashed into the World Trade Center on September 11, 2001. In 2004, when the show’s title was changed to its original name, Primetime Live, a new executive producer was hired, and the newsmagazine format was changed to investigative reporting with Sawyer rotating as the co-anchor with Chris Cuomo, Cynthia McFadden, and John Quiñones. In 2005, the show was retitled Primetime, and Sawyer left the show at the end of 2006 when its format again changed, with a sub-series focus.

On September 2, 2009, Sawyer was announced as the successor to Gibson, who retired as the anchor of ABC World New.  She became the ABC News World anchor in December  2009. Until 2014 she was the anchor of ABC’s flagship broadcast World News and the network’s principal anchor for breaking-news coverage, election coverage, and special events. On June 25, 2014, it was announced that she would step down from the anchor chair at ABC World News in September 2014. She remained with ABC News to focus on creating specials and conducting high-profile interviews.

Sawyer joined CBS News in1978as a general-assignment reporter. She was promoted to political correspondent in February 1980 and featured on the weekday broadcasts of Morning with Charles Kuralt. When CBS expanded its morning news show from 60 to 90 minutes, Sawyer was announced as co-anchor on May 13, 1981, by the president of CBS News. With her debut on September 28, 1981, she put her own stamp on the broadcast. The ratings for the show were boosted upon Sawyer’s arrival, but the improvement did not last, and, after Kuralt left the show, he was replaced by Bill Kurtis. The ratings decreased further, and Sawyer asked to be reassigned in 1984. From 1982 to 1984, Sawyer was also seen with Kurtis on the CBS Early Morning News airing an hour earlier on most CBS affiliates. In 1984, she became the first female correspondent on 60 Minutes, a CBS News investigative-television newsmagazine

Prior to working for ABC and CBS ,Sawyer worked as a weather forecaster for WLKY-TV in Louis. She  was  later promoted to a general-assignment post. She also worked  as an assistant to Jerry Warren, the White House deputy press secretary. Initially, Sawyer wrote press releases and quickly graduated to other tasks like drafting some of President Richard Nixon’s public statements. Within a few months, she became an administrative assistant to White House Press Secretary Ron Ziegler and eventually rose to become a staff assistant for U.S. President Richard Nixon.

She earns an annual salary of $22million.

She has an estimated net worth of $80million.