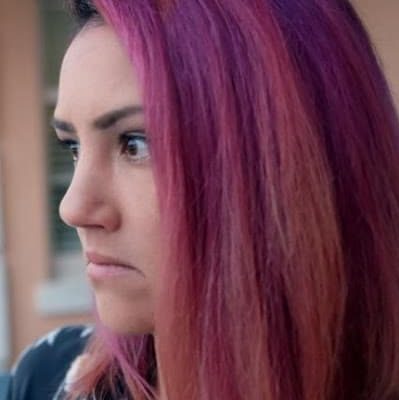 Shawna comes from a troubled family, when she was three years old her father was sent to prison, he remarried after he got out of jail. She witnessed her father and step-mother beat their 8-year-old son to death. As a result, Rivera ran away from home. She lived in a shelter home before her grandmother took legal custody of her.

Rivera met Jeffrey Epstein in 2002 when she was 14 years old with the help of a friend. “My friend said‘ I’m going to this guy, but I can’t alone. You must be with me. ‘ I didn’t know what to expect. I just went together.” They went into a villa and she said it was a whole different world for her.

Epstein was waiting for them and he wanted Rivera to massage him. She said he seemed rude to her but her friend said they were just going to massage him but naked.

“My friend told me‘ We’re just going to massage him, but we both have to undress completely. Absolutely. We’re standing there, me and my 14-year-old girlfriend, completely naked, and I’m massaging that old man.”

Her friend left her with Jeffrey and he asked her her old she was, “Then that guy asked my age. I still remember saying I was 15. In fact, I was 14 then. He didn’t think it was bad. Then he turned around and wanted me to rub the lotion on his chest. He said I should squeeze his nipples as hard as possible. I remember standing there thinking, ‘What’s going on here?’. I was 14 years old. And beautiful.”

After the massage, he gave her $200 and this continued for about three or four years.

Rivera appears in the Netflix “Jeffrey Epstein: Filthy Rich” which is a docuseries about Jeffrey Epstein but mostly captures the helplessness that survivors of Epstein’s abuse say they felt. The introductory hour focuses on a Vanity Fair piece commissioned to answer the seemingly innocuous question of who Epstein was and how he amassed his fortune.

In the docuseries, Rivera revealed that the $ 200 Epstein gave her was a means to buy food and not be broke. This has been crucial to understanding how Epstein used his victims’ socio-economic conditions to his advantage.

Spencer Kuvin, one of the victims’ attorneys, captures this in his understanding. He said: “They really could not have been more separated and different from the World of Palm Beach. They are leaving in trailer park homes, some of them had never even been to the island…I think if they were the daughters of bankers and lawyers and doctors of Palm Beach, this would have never occurred.”

She adds that after she came out with her experience. Epstein’s influence was privy to the information of all those who had testified against him to the police. She revealed that Jeffrey tried to intimidate her as she had cars that were following her wherever she went. In addition to this, lights were flashed into her residence by Epstein’s private investigators parked outside. It escalated to such a point that she had to call her attorney, who then sent a private investigator he had hired to relocate her to a hotel for the night.

Shawna has managed to keep her life away from the public. Her whereabouts are unknown as she doesn’t seem to have any social media account.