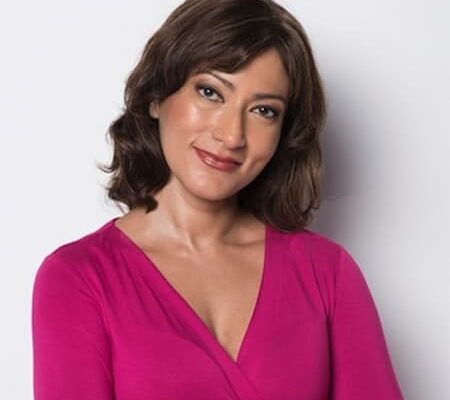 Sharanjit Kaur Leyl is a Singaporean media personality serving as a producer and presenter for BBC World News. She regularly anchors Asia Business Report and Newsday and previously worked as an anchor at the Canadian Broadcasting Corporation as well as an anchor at Bloomberg Television.

Her height is not available.

Leyl is the daughter of Kernail the son of Fauja Singh and Swaran Kaur. Her Sikh family is of Indian descent who migrated to Singapore during the 1930s. Her father was a Singaporean diplomat who worked for the Singapore Ministry of Defence but unfortunately, he passed away tragically from a brain tumour at 57.

She was brought up alongside her two brothers but not much is known about them.

Leyl is married to Jason Humphries, co-founderSuu Balm: Good Pharma Dermatology and managing directorof Good Pharmaceutical. He earned his chops in pharmaceutical giants GlaxoSmithKline and Bristol-Myers Squibb before founding the consultancy in 2010. Jason earned a bachelors degree in Geography from the University of Sheffield.The duo exchanged their marriage vows in 1999.

Sharanjit and her husband are parents to a son named Jai Kernail who is named after Leyls dad. In an interview,she revealed that he was breastfed until he was nearly three and could start asking for it.

Leyl serves as a presenter and regularly anchors Asia Business Report and Newsday from the BBC’s Singapore studio. She is also a reporter and producer on these shows along with World Business Report and joined BBC World News as a producer and reporter in September 2003. She has since reported and presented from places as far afield as Pakistan, Tokyo and London.

She has filed reports for radio on the BBC World Service business and arts programmes and written features for BBC news online. She has interviewed many heads of state ranging from Thailand, Pakistan, the Philippines, New Zealand, and East Timor, former prime ministers of Australia, Malaysia and Singapore, presidents of the World Bank and the IMF, and chief executives and chairpersons from various Fortune 500 companies ranging from Microsoft to Walmart.

Prior to joining  BBC, Sharanjit worked as a presenter at the Canadian Broadcasting Corporation. Here,  she reported for the award-winning show The Pacific Rim Report and also covered the protests and subsequent police brutality against students who were pepper-sprayed at the APEC summit that took place there in 1997.

She also worked for the financial news service provider Bridge Information Systems where she wrote for its newswires on foreign exchange movements in the aftermath of the crisis and also provided daily television and radio updates on currencies and equity movements in South East Asia.

Leyl also worked forBloomberg Television as a presenter and anchor where she presented its main three-hour newscast On The Money Asia, reporting on breaking financial stories as well as major news events such as the US-led invasion of Iraq in March 2003. She also anchored a weekly lifestyle and culture segment from Asia. As one of the first main anchors for Bloomberg’s Asia Pacific headquarters, she played an integral role in editing and influencing the content of its programming.

She has an estimated net worth of $500k.