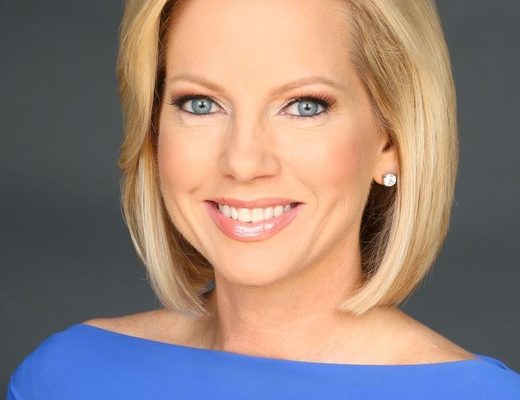 Bream began her academic journey at a primary school in her home town of Tallahassee, Florida. She then moved to North Florida Christian High School in Tallahassee, where she graduated in 1988 at the age of 17.

While attending Liberty University in Lynchburg, Virginia, she won the beauty-pageant title Miss Virginia in 1990. She also participated in the Miss America 1991 pageant. Her scholarship award covered much of her education.

After graduating from Liberty University in 1993 with a degree in Business Management, Bream returned to Tallahassee and attended law school at Florida State University. She interned with Florida Congressman Bill McCollum, in the US House of Representatives. McCollum would later become the Florida Attorney General. While at law school at Florida State, she won the Miss Florida USA pageant (1995) and placed fourth in the Miss USA 1995 pageant. Shannon graduated from Florida State University College of Law in 1996.

She is the only daughter of Marie Norris, a teacher, and Ed DePuy, a Leon County Commissioner. Her father, a former U.S. Marine, died in April 2013.

She has a brother who is a former Navy pilot.

Shannon married Sheldon Bream on 30 December 1995. She met her husband while attending Liberty University. Sheldon is an American journalist for Fox News channel.

Fox News anchor Shannon opened up about a difficult time in her and her husband’s lives together: after doctors discovered that he had a brain tumor.

“It was a complete shocker,” Shannon said on Fox Nation’s “Ride To Work.”

“He was a college athlete, very healthy and strong,” the “Fox News @ Night” anchor told Fox Nation’s Abby Hornacek “And he’d had an ear problem — like a ringing in his ear — for a long time.”

“They treated him for everything, ear infections, all kinds of stuff,” she continued. “And they said, ‘Well, we need to rule one thing out. It’s a longshot.’ But the test came back and they said ‘You’ve got a brain tumor. It’s about the size of a golf ball and it’s got to come out.'”

Sheldon Bream was 24 years old when he received the diagnosis.

“It just kind of threw our whole world into a tailspin,” Shannon recalled.

Sheldon underwent a nine-hour surgery to remove the tumor.

“The tumor was clean. Got that out. Luckily benign. It was wonderful news,” she remembered. “But he had a complication in that all of the swelling from the brain surgery crushed some of his facial nerves and he ended up with severe paralysis.”

Shannon and Sheldon have been together for over two decades, and the love between them has continued to blossom. Although they do not have kids yet, they might have plans of having them in the near future.

Shannon currently serves as anchor of FOX News Channel’s (FNC) FOX News @ Night with Shannon Bream (weekdays 11PM-12AM/ET). She joined the network in 2007 as a Washington D.C- based correspondent covering the Supreme Court.
In addition to her role as anchor, Bream is a Chief Legal Correspondent for the network and host of Livin’ the Bream, a podcast on FOX News Radio (FNR) where she shares inspirational stories, personal anecdotes and an insider’s perspective on actions and rulings from the high court.

During her time at the network, Bream has reported live from Capitol Hill on the 2015 Supreme Court decision to rule in favor of same-sex marriage nationwide. Previously, she covered the 2013 Supreme Court ruling of the Defense of Marriage Act (DOMA) and California’s Proposition 8, the Patient Protection and Affordable Care Act (PPACA) in 2012, as well as provided extensive live coverage of the nomination of Judge Sonia Sotomayor to the Supreme Court. Additionally, Bream reported on the Supreme Court hearing on Guantanamo Bay detainees in June 2008.

Before joining FNC, Bream worked as a weekend anchor for WRC-TV (NBC-4) in Washington, D.C.

Prior to that, she anchored the evening and late-night news for WBTV (CBS-3) in Charlotte, NC and held writing and reporting positions at WFTS-TV (ABC-28) in Tampa, FL.

On May 11th, 2013, she was the first ever female keynote speaker for commencement at Liberty University. Bream practiced corporate law in Tampa, FL and in 1999, she was selected in a competition for ABC’s “Politically Incorrect.”

Shannon began experiencing excruciating eye pain in February 2010. Optometrists didn’t have an answer for the pain and specialists dismissed her symptoms, one even describing her as ’emotional’. Finally, after two years, an ophthalmologist diagnosed her with epithelial basement membrane dystrophy and recurrent corneal erosions. EMBD is a genetic disorder of the eye that causes the surface cells of her eye to adhere to her eyelids, causing pain and dryness with has no cure.

Shannon’s net worth is currently estimated to be $4 million.