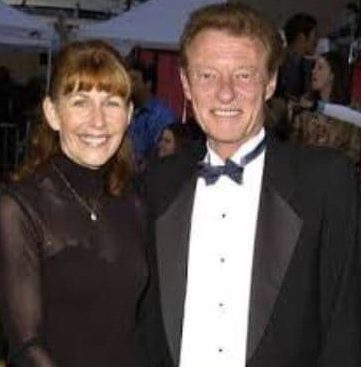 Sandra Purdy is the wife of the late American actor and policeman Ken Osmond who played the duplicitous teenager Eddie Haskell on the long-running sitcom “Leave It to Beaver.” He died on May 18, 2020 of complications of chronic obstructive pulmonary disease and peripheral arterial disease.

Sandra’s age is unknown but her husband was 76 years old at the time of his death.

Sandra is the wife of Ken Osmond, the couple got married in 1969. Ken

Kenneth’s mother, Pearl Osmond was an agent and at the age of 4, she started taking him to auditions. At the age of 9, he got his first speaking part. He was cast in the film “So Big” (1953). He also appeared in the movies “Good Morning, Miss Dove” (1955) and “Everything but the Truth” (1956). After graduating high school he started a helicopter charter company with his brother, Dayton.

He joined the Army reserves when he completed the last season of “Leave It to Beaver.” In 1983 while still a police officer he appeared in the CBS made-for-television movie “Still the Beaver,” which followed the Cleaver boys as adults. This led to the “The New Leave It to Beaver,” a revival series that ran from 1984 to 1989.

He played Eddie as a husband and father, while his character’s two sons, Freddie Haskell and Edward “Bomber” Haskell Jr., were played by Mr. Osmond’s two real-life sons, Eric and Christian, respectively.

While working as a police officer he was shot three times in a chase with a suspected car thief but escaped serious injury: One bullet was stopped by his belt buckle, the others by his bulletproof vest in 1980. In 1988 he was put on disability and retired from the force.

Ken died on May 18, 2020 at his Los Angeles home surrounded by family members.

His death was announced by his son Eric who said in a statement; “He was an incredibly kind and wonderful father. He had his family gathered around him when he passed. He was loved and will be very missed.”

I will greatly miss my lifelong friend Ken Osmond who I have known for over 63 years. I have always said that he was the best actor on our show because in real life his personality was so opposite of the character that he so briliantly portrayed. RIP dear friend. #kenosmond pic.twitter.com/dnVHUEghOC