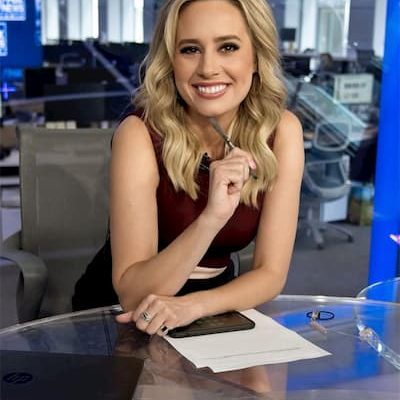 Jacqui has a bachelor’s degree in International Affairs, Religion and Anthropology from George Washington University.

She is the daughter of Jane Heinrich but she has not revealed the name of her father. Her parents are separated and her mother has since remarried.

I brought all my parents too… we had a blast! #EmmyAwards #NewEnglandEmmys

Jacqui is in a relationship with Franklin Sahlhoff. The couple has been together since 2015.

Another trip around the sun and couldn’t be happier you’re here with me on earth ? Happy birthday to my better half!

Jacqui is a White House correspondent for FOX News Channel alongside Peter Doocey. She is a co-host for FOX News Audio’s The FOX News Rundown podcast. She joined the network in September 2018 as a Congressional correspondent and general assignment reporter based in New York.

Prior to joining Fox News Channel, she served as a reporter for WFXT Boston 25 News (February 2016 to September 2018). During her tenure, she covered national stories such as the 2017 deadly mass shooting in Las Vegas, where she exclusively revealed the first photos from inside the Mandalay Bay shooter’s hotel room. She also covered a deadly trench collapse in the South End of Boston and the trial of Erich Nowsch, the gunman convicted of killing a local mother in a road rage altercation.

In 2017 she was named the General Assignment Reporter of the Year for the National Academy of Television Arts & Sciences, Boston/New England chapter.

She previously served as a reporter and weekend evening anchor for KTNV Channel 13 Action News. Her assignment stories included an emphasis on political, crime, and investigative stories. She also worked for KOAA News First 5 as a reporter and anchor of the weekend morning edition of the Happening Now Desk. She began her career in journalism serving as an intern for the United States Congress, MSNBC, and WRC-TV, the local NBC affiliate.

Jacqui earns an approximated salary of around $67,000 annually.