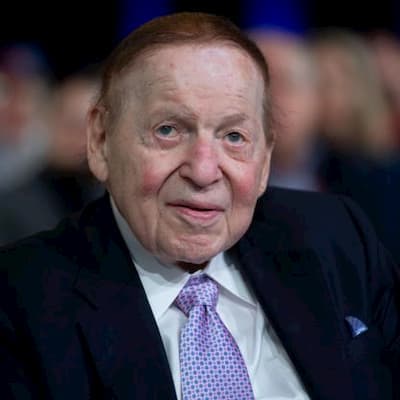 Sandra Adelson was the first wife of Sheldon Adelson, an American businessman, investor, and political donor. He was the founder and CEO of Las Vegas Sands Corporation and was a donor for Republican candidates and groups. He died on January 11, 2020 at the age of 87.

Sandra was married to Sheldon Adelson until they divorced in 1988. He later married Miriam Adelson, a physician specializing in drug rehabilitation and together they had two sons, Adam and Matan. Miriam also had two daughters from a previous marriage.

Sandra and Sheldon adopted three children Mitchell, Gary and Shelley while they were still together. Mitchell Adelson died in 2005.

Who is Sheldon Adelson

Sheldon was an American billionaire who served as the chairman and CEO of Las Vegas Sands and a major donor to Republican politicians. He made his first fortune in trade shows, after founding Comdex and later selling it to Japan’s SoftBank Group Corp. for about $800 million in 1995. He invested the profits into casinos, first in Las Vegas and then in Asia where he helped turn the former Portuguese colony of Macau into the world’s biggest gambling market.

He purchased the Sands Hotel and Casino in Las Vegas for $110 million in 1988 and in 1999 together with his partners they constructed the Sands Expo and Convention Center, then the only privately owned and operated convention center in the U.S.

He derived most of his wealth from his majority stake in Las Vegas Sands. The company, with revenue of $13.7 billion in 2019, operates a convention center and casinos in Las Vegas along with gambling resorts in Macau and Singapore. He controlled more than half of the company’s shares.

In 2015 he purchased the Las Vegas Review-Journal, for $140 million, a move made in secret that prompted the editorial staff to quit as they were worried about conflicts of interest covering one of the city’s most prominent businessmen.

Sheldon was also a major G.O.P donor and staunch advocate of Israel.He donated hundreds of millions of dollars to medical research and Jewish causes. He owned Israel’s largest daily newspaper by circulation; donated to Yad Vashem, the Holocaust remembrance center in Jerusalem; and helped underwrite Birthright Israel, which pays for educational trips to Israel for young Jewish adults.

During the 2008 US election he spent almost $30 million to favored candidates and spent $100 million backing Republican hopefuls during the 2012 presidential campaign, including nominee Mitt Romney. He stayed out of the 2016 Republican primaries but spent $20 million late in the race backing the campaign of Donald Trump.

In 2020 together with his wife they contributed $218 million to Republican candidates and groups, including more than $90 million to groups backing Trump.

He had an estimated net worth of $33.4 billion.

Sheldon died on January 11, 2021. His death was announced by his wife in a statement that read; “Sheldon was the love of my life. He was my partner in romance, philanthropy, political activism and enterprise. He was my soulmate. To me — as to his children, grandchildren, and his legions of friends and admirers, employees and colleagues — he is utterly irreplaceable.”

Sheldon Adelson Cause of Death

Sheldon died on January 11, 2020 at the age of 87 from complications related to non-Hodgkin’s lymphoma. He had taken a leave of absence earlier this month to continue treatment for the disease.